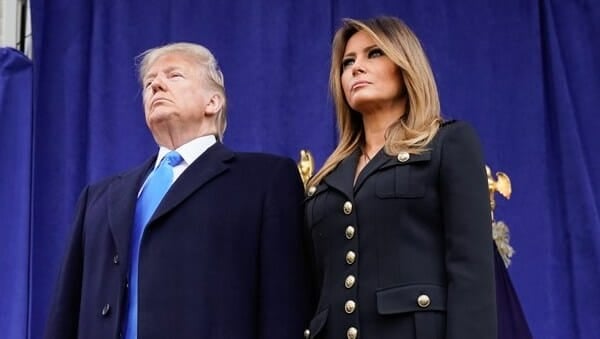 Focus groups of swing voters conducted in the last month indicate the Democrats impeachment drive is failing, if the intent is to influence the 2020 presidential election.

None of the people in the room — all independents, most of whom don't like Trump's personality — said yes, Breitbart reported.

After a moment of silence following the question, one man said, "Not even close."

"This is their platform. This is all they got — and what they got is nothing," the man said. "They want to keep to politics and Trump is not a politician."

He added that "instead of focusing on policies, they're trying to do this to win the election."

"I don't consider it a foregone conclusion that [Democrats] have the votes to pass," Pence said on "The David Webb Show" on SiriusXM.

"I honestly believe the more the American people see and hear, the more Congress is going to hear from the American people," Pence said. "And the more we're going to see the people of this country demand that Congress set aside this partisan impeachment and go back to work on the issues that matter most."

The Times noted that the second day of hearings on Friday drew 1 million fewer viewers than the first day.

The testing, according to the Post, prompted House Democrats to retire the term "quid pro quo" for "bribery" in their case against Trump.

Citing two people familiar with the results, the Post said "the focus groups found 'bribery' to be most damning."

'No proof on the table'

In the Pittsburgh focus group run by the Trump PAC, the moderator asked a man how House Intelligence Committee chairman Rep. Adam Schiff, D-Calif., has handled the impeachment inquiry so far.

"I don't know because I can't believe half of what the media puts out because they're biased — and there’s been no proof on the table," he said.

A woman said she was not a Trump supporter but thought the president was getting railroaded.

"I'm not a Trump supporter by any means, but I totally disagree with what they're doing," she said. "I know he's not perfect, but by the same coin, he's right there and he tells you how it is. I don't agree with all of the things. But at least he's trying to do things."

Others called the impeachment process a waste of taxpayers money because the Republican majority Senate will not convict if the House votes to impeach.

One man contended Democrats are doing it so Trump "has an asterisk next to his name going into the next election."

He said it shows a lack of confidence in the field of Democratic presidential candidates.

Breitbart News said the views expressed in Pittsburgh were consistent with other focus groups.