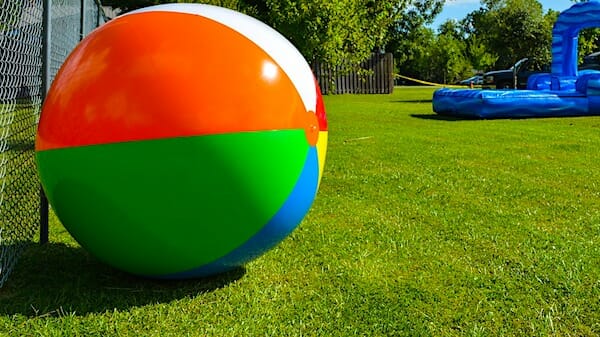 The free-speech rights of some 53,000 students in the Rancho Santiago Community College District in California are now better protected because of a lawsuit over a beach ball that was brought on the campus of Santa Ana College by members of Young Americans for Liberty.

The Foundation for Individual Rights in Education, or FIRE, said the new reforms were enacted after a confrontation with YAL.

YAL members Andrew Rivas, Boston Bolles and Jocabed Torres inflated an oversize beach ball on the Santa Ana campus and asked students passing by to write messages of their choice.

Within an hour, however, campus police ordered them to put it away.

"The students asked what policies they were violating, but received no answer. Instead, the Santa Ana administrator claimed that the writing on the ball, which included a drawing of a penis and a swastika, violated Santa Ana’s code of conduct. As a police officer took photographs and asked the students for their identification, the students deflated the free speech ball," said FIRE, which defended the students.

They were warned they faced discipline for "obscene" expression, "vulgarity" and "hate speech."

The changes to the policies adopted by school district officials "will help protect the First Amendment rights of approximately 53,000 students," FIRE said.

"These students have been there every step of the way, fighting for their own rights and the rights of their peers," said Marieke Tuthill Beck-Coon, FIRE's litigation chief. "Their dedication to defending their civil liberties and those of others is admirable and necessary to our democracy."

"We think everyone has the right to say whatever they want," club member Jocabed Torres told a student newspaper. "[T]hat’s what I want, to protect everyone’s freedom, even if I don’t agree with it."

FIRE had argued to Santa Ana President Linda Rose that the school is a public college and is bound by the First Amendment.

Thus, it is not allowed to punish students for engaging in peaceful expressive activity, FIRE said.

The district, eventually, "revised its policies to bring them in line with the First Amendment," the organization said. It also dropped its claims against the students.

"This is the mission of YAL — to get college students to really think about what we are being taught in institutions of higher learning," said Torres. "To provide another perspective that might be different than the one college students have been exposed to."