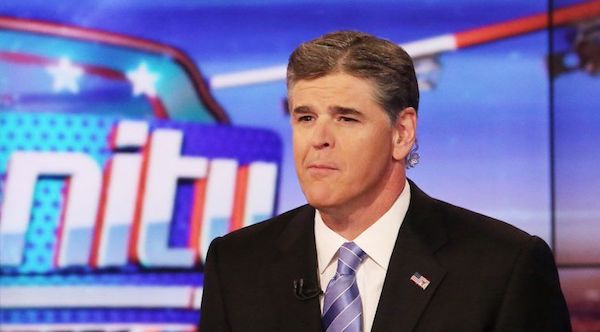 "I always say – and I believe – Trump doesn't poll well."

That was Sean Hannity on his radio show earlier this week expressing his concerns over the latest Fox News poll which showed every top-tier Democratic Party presidential hopeful, including Joe Biden, Bernie Sanders, Elizabeth Warren – and even Hillary Clinton! – easily defeating Donald Trump in a head-to-head matchup.

"What's up with the Fox poll?" asked Hannity. "You're over-sampling Democrats by 8 points," he complained, adding, "They need a new methodology, 'cause it's really wrong."

It's not just wrong. It's actually dead. Polling in America is dead, just like "journalism is dead," as Hannity often proclaimed during the Obama years – and for the same reason: The left has killed it. Stay with me here.

Political polls have become increasingly out of touch with reality. It was true in 2016, when virtually every major pollster was dead wrong about the election outcome, and it's far more true today.

Since pollsters' massive debacle became apparent on Election Day 2016 – after all, just one day earlier, the New York Times gave Hillary Clinton a staggering 85% probability of winning – a lot of soul-searching, some of it sincere and some CYA, has resulted in all sorts of explanations of the difficulties and pitfalls of political polling. They have discussed esoteric issues of sampling, wording of questions, the order of questions, whether it's better to poll likely voters or registered voters or just adults regardless of voting status, whether to stick to landline phones or cellphones or online polling or a mix, and on and on.

Forget all that. Here's the real reason reliable political polling has become virtually impossible in today's America: The left has destroyed polling – just as it has destroyed everything from higher education to the Boy Scouts to late-night comedy to professional sports.

By constantly threatening and demonizing Trump supporters – and to be clear, I'm not talking about disagreeing with them, I'm talking about vilifying, criminalizing, comparing them with Hitler and Nazis, subjecting them to ridicule, doxing, boycotts, firing and physical violence – the left has destroyed the environment of decent civil discourse that is essential for accurate polling. In the current toxic environment, many Trump voters are simply not going to tell pollsters what they think. Not a chance.

If you think the daily incidents of decent Americans being attacked simply for supporting Donald Trump – like the elderly Trump supporter sitting in a Florida restaurant being spat on for wearing a MAGA hat and yelled at that he should "go back to Russia you f*****g communist," or the 15-year-old Covington Catholic boys having their lives turned upside down for the same reason – if you think these events have no effect on the 63 million Americans who voted for Trump in 2016, you're gravely mistaken. Countless supporters of the president have been fired, boycotted, doxed, punched, abused, shamed, baited and insulted, and the rest of Trump's voters have taken note.

So, what do you think those Trump voters will do when a phone call comes from a pollster asking who they will vote for next November? How many of them will just hang up, or in some cases – believe it or not – even express support for someone other than Trump?

This scenario is not simply my opinion; it's borne out by serious research. When you traumatize people, weird things sometimes happen.

The British Psychological Society's Research Digest reported late last year on a major factor documented by two University of Arkansas researchers in the Journal of Experimental and Behavioural Economics. In a nutshell, the researchers found that people with unpopular opinions feel "the need to conceal their true voting intentions" – a phenomenon that has been labeled "socially desirable responding."

As the article explains:

Socially desirable responding (SDR) can occur when people feel their position is socially unacceptable, like voting against an ethnic minority or female politician, or when revealing their views on sensitive issues such as immigration and same-sex marriage. For instance, it’s plausible that some people told pollsters they were going to vote for Clinton, while actually intending to vote for Trump.

The study's authors constructed some ingenious ways of questioning subjects to get at their real candidate preferences and, in the process, slam-dunk proved their contention that a polling subject who holds demonized viewpoints and opinions (which in 2019 America means pro-Trump or conservative or Republican or Christian) often will not disclose them to pollsters.

As the saying goes, the only poll that matters is the one that's held on Election Day.

David Kupelian
David Kupelian is an award-winning journalist, long-time Managing Editor of WND.com, and the bestselling author of "The Marketing of Evil," "How Evil Works" and “The Snapping of the American Mind.”
Is 'shameless' Obama Center hate-crime just more 'fake noose'?
George Soros: The man who would be God
Memo to Christians: Here's what's REALLY at stake in midterm elections
How tyrants and lunatics are enslaving Americans by redefining EVERYTHING
Google falsely warns readers: WND 'may harm your computer!'
See more...