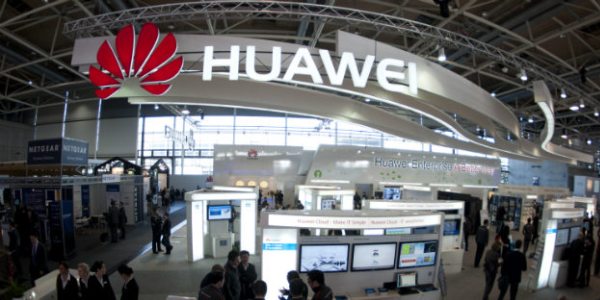 The Chinese electronics giant Huawei has been in headlines in recent months.

For one thing, it expects to ship between 240 and 250 million smartphones this year, despite the complications of the trade disputes clouding the future of business between the United States and China.

But it's also because of its longtime practice of "acquiring" tech from American companies and then cashing in.

The United States has been trying to rein in the rogue operations, and now one expert is warning the U.S. has much more to lose than just money.

The U.S. could see an unfriendly foreign government acquiring the ability to unlock front doors at will, direct cars off cliffs and more.

And that's during peacetime.

Gordon Chang, a Gatestone Institute senior fellow, writes that the threat is much bigger than the dollars from smartphones.

He cites the company's full involvement in the newest technology for cell phones, called 5G, for fifth generation.

Chang wrote, "That is not an exaggeration."

He explained that with speeds 2,000 times faster than existing 4G networks, 5G will permit near-universal connectivity to homes, vehicles, machines, robots, and everything plugged into the Internet of Things (IoT)."

But it's known that automobile computer systems can be hacked, home alarm systems infiltrated and any machine connected online can be controlled.

Further, he explained, "with just about everything connected to everything else China will filch the world's information."

"That is not a theoretical concern. For instance, nightly from 2012 to 2017, China surreptitiously downloaded data from the Chinese-built-and-donated headquarters of the African Union in Addis Ababa."

He charged that Chinese companies, through business agreements, tech and outright criminal cases, have been "taking American information, intellectual property and data for decades, worth hundreds of billions of dollars a year."

"This continuing crime is essential to China's implementation of numerous industrial policies, especially the controversial 'Made in China 2025' initiative, a decade-long program to achieve dominance in technology sectors, including 5G."

"China, with control of 5G, will be in a position to remotely manipulate the world's devices. In peacetime, Beijing could have the ability to drive cars off cliffs, unlock front doors, and turn off pacemakers. In war, Beijing could paralyze critical infrastructure," he warned.

It's through Huawei Technologies that China plans such a takeover, he said.

"Huawei, built on stolen U.S. technology, is the world's leading telecom-equipment manufacturer and is fast becoming the world's 5G provider," he wrote.

Chang said Beijing is using Huawei as its mechanism for spying, and such an ability is a "dagger aimed at the heart of America."

That's not going to be accomplished by continuing business with the company, as Commerce Secretary Wilbur Ross has said may happen with new "exemptions" to banned activities.

Recently, American businesses have needed permission to sell to Huawei products and technology. Exemptions would waive those requirements.

"The United States, instead of trying to make sales, should be stopping everyone from selling to Huawei," Chang wrote. "America has the power to cut off all sales. Japan and South Korea are formal military allies of the United States, and Taiwan, although no longer a treaty partner, is even more dependent on Washington for its security. Because Huawei poses a critical threat to everyone, it is not clear why Washington should not pull out all the stops to get Japanese, South Korean, and Taiwanese suppliers to cut off the Chinese company.

"Taipei says Washington has not asked Taiwan Semiconductor Manufacturing Co., the giant chip supplier, to end sales to Huawei. The issue, therefore, is why has the United States not even made a request."

"The Trump administration should be forcing others — Japan, South Korea, Taiwan — to make a choice: sell to Huawei or sell to the world's largest market, America's. Last year, America's merchandise trade deficit with Japan was $67.2 billion. The comparable figures were $17.8 billion for South Korea, and $15.2 billion for Taiwan.

"Let's put Huawei out of business," he said.