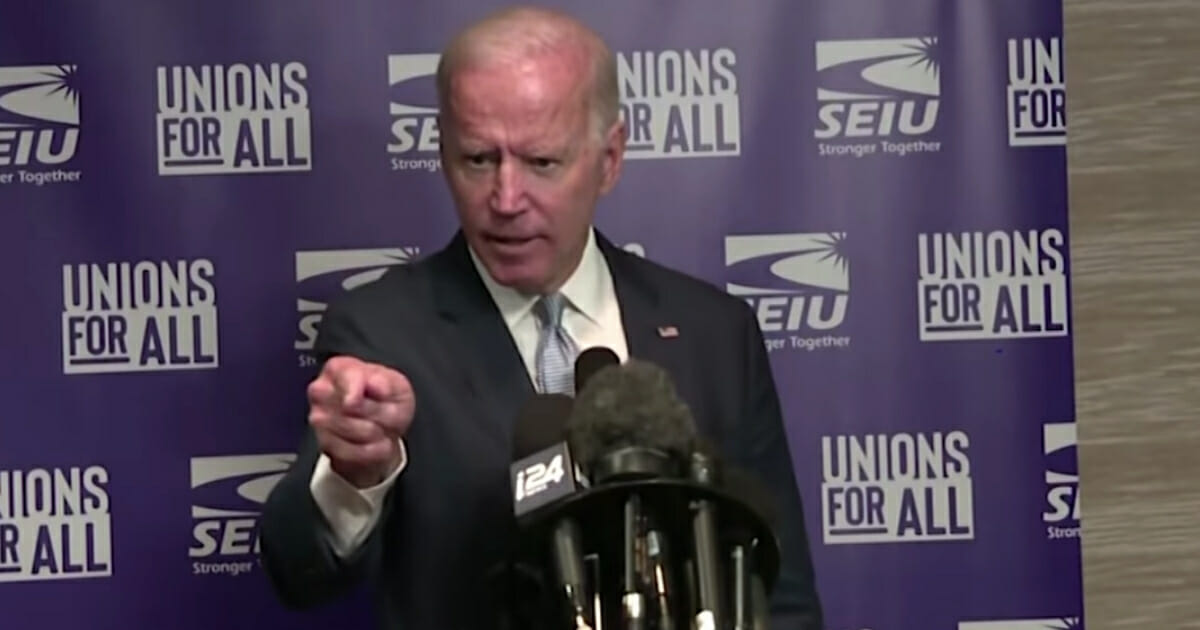 As Democrats dismiss the legitimacy of President Trump's concern about Hunter Biden's profiting from a Ukrainian gas firm while his father was the pointman for Ukraine policy, investigative reporter John Solomon is presenting newly released communications that indicate the firm's motive for hiring the vice president's son.

Just one month before Joe Biden forced Ukraine to fire the prosecutor investigating Burisma Holdings for corruption, Hunter Biden and his colleagues had multiple contacts with the Obama State Department, Solomon reports.

Citing memos and emails obtained through a Freedom of Information Act lawsuit, Solomon reports that in February 2016, a U.S. representative for Burisma sought a meeting with Undersecretary of State Catherine A. Novelli to discuss ending the corruption allegations.

Significantly, a series of emails show that Hunter Biden's name was invoked by the Burisma representative as a reason the State Department should help.

The records show that Hunter Biden's fellow American board member at Burisma, Devon Archer, secured a meeting on March 2, 2016 with Secretary of State John Kerry.

Archer and Hunter Biden also were partners at the American firm Rosemont Seneca, which was part of a $1.5 billion deal with a Chinese government-owned bank that was announced 10 days after Hunter Biden and Joe Biden returned from a trip to Beijing on Air Force Two.

Solomon noted the Archer-Kerry meeting is significant because Kerry's stepson, Christopher Heinz, had been a business partner with both Archer and Hunter Biden at Rosemont Seneca.

Heinz, however, did not participate in the Burisma dealings. Heinz's spokesman told the Washington Post that "the lack of judgment in this matter was a major catalyst for Mr. Heinz ending his business relationships with Mr. Archer and Mr. Biden."

The current impeachment inquiry led by House Intelligence Committee Chairman Adam Schiff, D-Calif., is based on a complaint by an anonymous whistleblower who, according to the intelligence community inspector general, has indicated political bias against President Trump. The whistleblower, based on second-hand evidence, contends Trump used the threat of withholding aid to pressure Ukraine President Volodymyr Zelensky to investigate the origins of the Trump-Russia collusion probe and Hunter Biden's profiting from Burisma. The White House contends the transcript it released of the July 25 phone call with Zelensky shows there was no undue pressure. And it argues that the promised aid went through, and the Ukrainian president insisted he was not pressured.

Republicans also argue that the president is required to ensure that serious allegations of corruption are addressed. And they point to a treaty passed in 1998 between the U.S. and Ukraine that establishes cooperation in criminal matters.

Solomon noted that Burisma hired Hunter Biden and Archer as board members in spring 2014, around the time that British officials opened corruption investigations into Burisma.

Hunter Biden's firm began receiving monthly payments in May 2014 from Burisma totaling more than $166,000, according to bank records.

Within a few weeks of the overtures to the State Department, Vice President Joe Biden -- by his own admission at a 2018 conference -- used the threat of withholding $1 billion in U.S. aid to pressure Ukraine to fire Shokin.

Biden insists his motive was that the prosecutor wasn't aggressive enough in fighting corruption.

But Shokin told Solomon and ABC News that Shokin was fired specifically because he would not stop investigating Burisma.

Shokin alleges he was planning to interview Hunter Biden when he was fired.

Hunter Biden later set up a meeting with the No. 2 State official Blinken, via email, saying he "would like to get your advice on a couple of things."

While the emails don't indicate whether Burisma or another of Hunter Biden's interests were discussed, Solomon notes they clearly show an ability to secure high-level contacts inside the State Department.

Solomon asks: "Did any of those contacts prompt further action or have anything to do with Joe Biden's conduct in Ukraine in March 2016 when he forced Shokin's firing?"