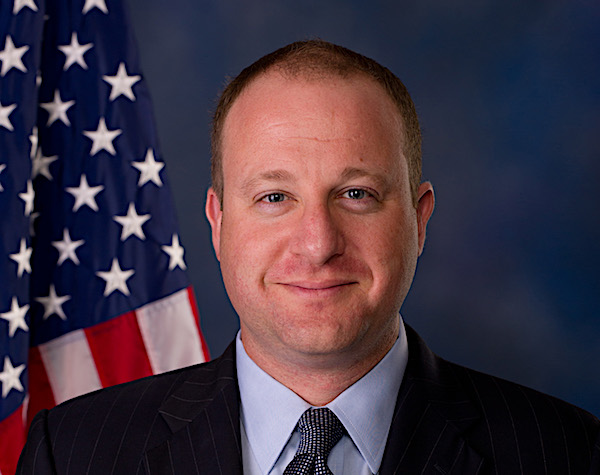 A federal judge has affirmed a Colorado law that effectively bans business owners from freely expressing in public their religious beliefs about marriage and homosexuality.

Colorado was the loser in a similar dispute, the Masterpiece Cakeshop case in which the U.S. Supreme Court ruled the state show "hostility" to the Christian beliefs of Jack Phillips in its handling of his refusal to make a cake for a same-sex wedding. Since then, openly homosexual Democratic Gov. Jared Polis has pursued a gay-rights agenda that includes allowing people to indicate their sex on driver's licenses according to their "gender identity" and banning counselors from helping young people who want to rid themselves of same-sex attractions.

She sought preliminary and permanent injunctions to stop Colorado from enforcing provisions of a state civil rights law that prevents her from exclusively promoting traditional marriage by forcing her also to create websites for same-sex marriages against her Christian beliefs.

ADF, which will appeal the decision to the 10th Circuit Court of Appeals, said Colorado's Anti-Discrimination Act "gags creative professionals from talking about their beliefs when explaining their business decisions."

Krieger's Sept. 26 ruling conflicts with federal court decisions in Minnesota and Arizona. The judge insisted the state's Supreme Court-documented "hostility" to Christianity was of no account.

WND calls to Polis on Monday were met with nonstop ringing or a recording that said the office was "unavailable."

"Americans shouldn't be forced by the government to create and publish websites that promote messages or causes they disagree with. That is a quintessential freedom that the First Amendment protects," said ADF Senior Counsel Jonathan Scruggs. "The court shouldn't have assumed Lorie's decision not to create objectionable websites was illegal without any analysis of that question, especially when other courts have clearly upheld free speech rights in this context.

"Colorado must allow people like Lorie the liberty to make their own decisions about which messages they will promote. Lorie is happy to design custom websites for all people; she simply objects to being forced to pour her heart, imagination, and talents into creating and publishing websites that convey messages contrary to her core convictions."

In Minnesota, courts affirmed the right of a filmmaking company not to endorse same-sex marriage. In Arizona, the state Supreme Court and the 8th Circuit Court of Appeals ruled in favor of a calligraphy company.

"Creative professionals should be free to peacefully live and work according to their faith without fear of coercion, discrimination, or intimidation by the state," said ADF Senior Counsel Kate Anderson. "Just because a multimedia artist creates expression that communicates one viewpoint doesn’t mean the government can require her to express all viewpoints, especially when that forced expression violates her religious convictions. We’re hoping that the 10th Circuit will affirm that principle just as the 8th Circuit and the Arizona Supreme Court recently did in similar cases."

ADF explained Colorado's Anti-Discrimination Act "prohibits creative professionals from expressing any views about marriage that could indicate someone is 'unwelcome, objectionable, unacceptable, or undesirable' because of their sexual orientation or that suggests that the designer won’t create particular expressive works because of those beliefs."

Since the 5-4 U.S. Supreme Court decision in 2015 establishing a legal right to same-sex marriage, gay-rights activists have successfully lobbied for laws that conflict with the First Amendment rights of religious exercise and free speech.

"As the record shows, some of the commissioners at the commission's formal, public hearings endorsed the view that religious beliefs cannot legitimately be carried into the public sphere or commercial domain, disparaged Phillip's faith as despicable and characterized it as merely rhetorical, and compared his invocation of his sincerely held religious beliefs to defenses of slavery and the Holocaust," the high court said.

"No commissioners objected to the comments," the justices pointed out.