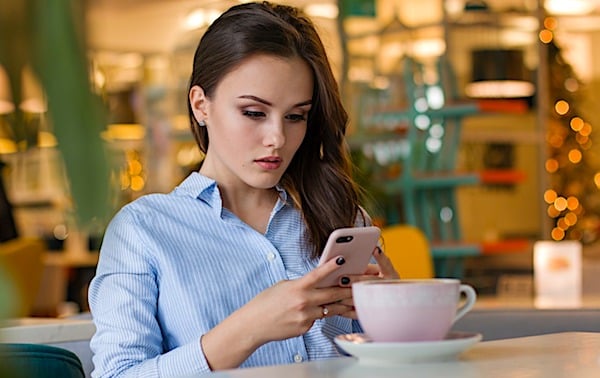 Technology is changing so rapidly it's hard to keep up. Now there's a race to replace smartphones with smart glasses.

But privacy still is privacy, and a federal judge on Tuesday expanded Fourth Amendment protections against unreasonable searches, finding "suspicionless searches" of travelers' electronic devices by federal agents at airports and other U.S. ports of entry to be unconstitutional.

The decision in the case Alasaad v. McAleenan in Boston "significantly advances Fourth Amendment protections for millions of international travelers who enter the United States every year," said Esha Bhandari, staff attorney with the ACLU's Speech, Privacy, and Technology Project. "By putting an end to the government’s ability to conduct suspicionless fishing expeditions, the court reaffirms that the border is not a lawless place and that we don’t lose our privacy rights when we travel."

The case was brought by the ACLU, the Electronic and others on behalf of 11 travelers who were subjected to smartphone or laptop searches even though there was no suspicion on the part of authorities that there was something wrong.

"This is a great day for travelers who now can cross the international border without fear that the government will, in the absence of any suspicion, ransack the extraordinarily sensitive information we all carry in our electronic devices," said Sophia Cope, EFF senior staff attorney.

The Electronic Frontier Foundation said the district court decision ends the authority asserted by the Customs and Border Control and Immigration and Customs Enforcement to search and seize travelers' devices for purposes far afield from the enforcement of immigration and customs laws.

The organization said border officers now must show that there is a specific suspicion against an individual.

There were some 33,000 searches of electronic devices at border points last year, but that was four times the number from just three years earlier, EFF said.

Judge Denise Casper wrote that she was granting a request for a ruling that the policies violated the First and Fourth Amendments. But she stopped short of ordering all of the information obtained through the searches expunged. She said there were other measures available to prevent misuse of the information.

"The court declares that the CBP and ICE policies for 'basic' and 'advanced' searches, as presently defined, violate the Fourth Amendment to the extent that the policies do not require reasonable suspicion that the devices contain contraband for both such classes of non-cursory searches and/or seizure of electronic devices; and that the non-cursory searches and/or seizures of plaintiffs' electronic devices, without such reasonable suspicion, violated the Fourth Amendment," the decision said.

EFF noted several problems have developed because of the current practice.

"While searching through the phone of Zainab Merchant, a plaintiff in the Alasaad case, a border agent knowingly rifled through privileged attorney-client communications," EFF said.

And and immigration officer at Boston Logan Airport searched an incoming Harvard freshman's cell phone and laptop. The officer denied entry to the student after reprimanding the student for a friends' social media postings expressing views critical of the U.S. government.