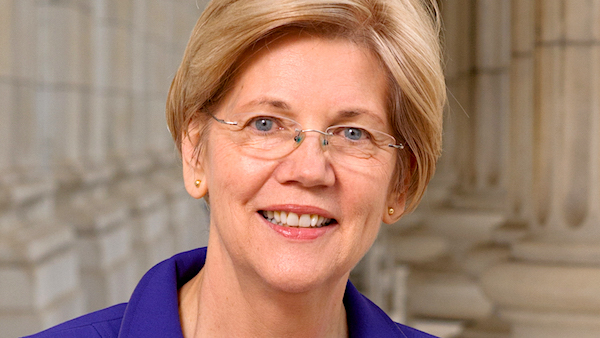 Sen. Elizabeth Warren, D-Mass., repeatedly has struggled with the truth regarding her past.

Notably, she identified herself during her career as a law professor as Native American before a DNA test revealed she could be as little as 1/1,024th Native American.

Now the Washington Examiner reports she claimed at a campaign rally in Atlanta last week that she sent her children to public school even though her son attended a private school for a time.

The paper called it "the latest in a series of blunders that raise questions about the 2020 Democrat's honesty regarding her personal narrative."

Warren had a conversation with a protester, identified as Sarah Carpenter, who said she read that Warren's children "went to private school."

"No, my children went to public schools," she replied.

However, the campaign was forced to acknowledge that Warren's son attended a private school after attending a public school until the 5th grade.

In October claims she was fired from a teaching post for being "visibly pregnant." However, records show she actually resigned.

But Warren refused to back down, claiming she remembered that her job was "going to someone else."

Her biggest controversy is her claim to Native American heritage, insisting that according to family lore, her parents had to elope because her mother was "Cherokee and Delaware." She listed herself as an "American Indian" on her Texas State Bar card and contributed recipes to a "Pow Wow Chow" cookbook.