Globally, persecution of Christians has been exploding. The greater tragedy is the sound of silence from the world.

After the murder of 6 million Jews by the European Axis of Evil, we heard the clarion call of "never again." The world would not tolerate the genocide of those who practice their faith. However, those who practice their faith are again being persecuted and murdered. From China to Burkina Faso (a landlocked country in West Africa), Christians are being cut down without so much as a whimper from the world.

Europe is seeing a rise of religious intolerance. On average, France has three churches a day that are vandalized, burned, robbed, destroyed, or defaced. Theft of religious icons is so common that the French police rarely investigate that crime. In Sweden, Christians walk in fear of being raped or attacked. Like France and Sweden, with its large new population, Germany has seen a rise in the frequency of attacks on Christians and Jews, causing a great increase in security concerns – so much so that the German state has put a gag order on the full reporting of immigration crimes so as to placate the institutional bureaucrats.

When a New Zealand leftist gunned down 49 innocent Muslims in cold blood in March of this year, the news reverberated around the world, as rightly it should. But what was the world press reaction just weeks later when Muslims in Sri Lanka massacred at least 290 innocent Christians as they worshiped in Easter services? Without any proof, National Public Radio quickly reported the tragedy as retaliatory attacks for the New Zealand murders. This false narrative by our U.S. government-funded NPR stokes hatred and bigotry in America. Bigotry against Christians has become standard fare in our nation's news cycles. Unfortunately, the fueling of religious bigotry toward Christians is now also the stock-and-trade of one of America's major political parties.

During the recent Democratic presidential debate, Ron Reagan (son of President Reagan) promoted atheism and then mocked Christians by sneeringly declaring, "I'm not afraid of burning in hell." This kind of wanton hatred is ever-increasing. Even the popular football player Drew Brees is attacked for just mentioning "Bring your Bible to School Day." During the 2012 Democratic convention, an attempt to reinsert God into the party platform was met with jeering and booing. The party of self-declared tolerance isn't tolerant.

Then this year's Democratic field of ever-crazy, intolerant presidential candidates stoke more Christian hatred when a leading candidate advocated that teaching certain Bible verses in church should be silenced by revoking a church's nonprofit status. Under the Democrats, rights guaranteed under the Constitution to practice one's faith would be restricted. They argue that the Constitution is not current with today's values. Our sacred Constitution, which protects free speech and religious freedom, is being rapidly eroded by those who hate.

Across the world we see more hatred for people of faith. The fact is that faith in big government, as practiced by socialist movements, destroys religion and free expression thereof. In China, there are 2 to 3 million Muslims imprisoned in concentration camps. Using the old Orwellian euphemism, China calls their concentration prisons "re-education camps." Chinese dictator Xi has reinstituted Mao's gulag prison "re-education" system used during the brutal days of the Cultural Revolution. Mao murdered millions. Now dictator Xi has ordered Christian pastors arrested and churches torn down, all to the deafening sound of silence from America's leftist mainstream media. They are simpatico with the Communists – if not intentionally, then for lack of caring.

Cambodia's mass murderer Pol Pot learned from Mao and tried to destroyed all people of faith. Over 3 million Cambodians were murdered. The rise of socialism in the United States correlates with the rise of religious oppression. The underbelly of socialism is the destruction of people of faith who do not put the state first in their lives.

A few years ago, Al Sharpton went to Hollywood to complain about the "white Oscars" at the same time a church in Nigeria's doors were locked by Muslim supremacist terrorists and set a blaze. Hundreds of Christians were burned alive – murdered – while screaming for help. It was a torturous, painful death. But we heard not a word from Al Sharpton. He was too busy shaking down Hollywood. Apparently, black lives don't matter if they are Christian blacks.

And let us not forget the young female students at a Christian school in Nigeria who were kidnapped, raped and forcibly married off. Many tweeted concerns, including Michelle Obama. But after a few weeks, all was forgotten except by the victims' loving parents who live in grief and pain. Only a third of the hundreds of girls were ever returned. In fact, in the following months, Muslim Boko Haram kidnapped even more young Christian girls, but many of their kidnappings never even made mention by the American press.

Repeatedly, Christian executions and mass murders have little sympathy or mention in the popular American press. Burkina Faso, the largely quiet agrarian society in West Africa, has been torn apart with a new and increasing numbers of attacks by Muslim terrorists against people of faith. The small, peaceful nation is now dealing with the murder-driven agenda of the radical followers of Muslim terrorist groups. The Africa Center for Strategic Studies has reported 324 fatalities by the end of July this year, more than double such deaths in Burkina Faso in 2018. These and massive other persecutions are occurring there at the hands of members of the Islamic State in the Greater Sahara, the Macina Liberation Front and Ansarul al Islam.

In many parts of the world, the ongoing murder of Christians is a silent genocide spreading across many nations. If it were any other faith, it would bring down the weight of the world. In the Middle East, Christians who have been there for a millennium and who speak Aramaic – the language of Christ – are being cut down. Once prominent communities in Iraq and Syria are now on the cusp of extinction. The killing of Christians doesn't stop with the death of one terrorist leader, Abū Bakr al-Baghdadi, who was killed over the weekend in a raid by Joint Special Operations' Delta Force.

Christian bigotry is ever present. According to National Geographic there are more slaves now than in any time in the history of the world, and many of the slaves are Christian. Christian blacks in South Sudan were regularly captured and kept as slaves by Muslims of northern Sudan and the Middle East. Christians are the No. 1 persecuted people of faith in the world.

Some Christians in the 1930s thought the political rhetoric was nothing more than hyperbole. Lessons of yesterday are forgotten today. So many remain silent in the face of a building religious onslaught of bigotry couched in the name of the betterment of society.

Nov. 3 is the International Day of Prayer for the Persecuted Church. We should not just pray for those Christians elsewhere in the world, but for the persecuted church in America. For centuries America has been a beacon of religious liberty. Her lighthouse is now under assault. Nov. 3 is a good time for those who believe in a free country and the religions liberty protected by America's First Amendment to be on our knees for the persecuted Christians here at home. America and the world desperately need the prayers of the faithful.

Note: Rep. Steve Stockman 23502-479 was a two-time U.S. congressman from Texas. He served on the House Foreign Affairs Committee and its Subcommittee on Africa, Global Health, Global Human Rights & International Organizations and the Subcommittee on Europe, Eurasia, and Emerging Threats. He traveled widely in the Middle East and to Nigeria to work toward the release of the Boko Haram victims. Stockman went after IRS nonprofit head lawyer Lois Lerner for her goal of persecuting conservatives and Christians through abuse the power of her office for her personal political agenda. The same corrupt officials being exposed at IRS and DOJ spent four years, millions of dollars and four grand juries to indict and convict the congressman. 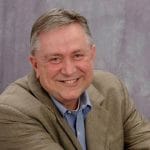 Steve Stockman
Congressman Steve Stockman 23502-479 was a two-time U.S. congressman from Texas. He served on the House Foreign Affairs Committee and its Subcommittee on Africa, Global Health, Global Human Rights & International Organizations and the Subcommittee on Europe, Eurasia, and Emerging Threats. He traveled widely in the Middle East and to Nigeria to work toward the release of the Boko Hiram victims. Stockman went after IRS non-profit head lawyer Lois Lerner for her goal of persecuting conservatives and Christians through abuse the power of her office for her personal political agenda. The same corrupt officials being exposed at IRS and DOJ spent four years, millions of dollars and four grand juries to indict and convict the congressman.
Nov. 3 pray for persecuted Christians – here and abroad
See more...