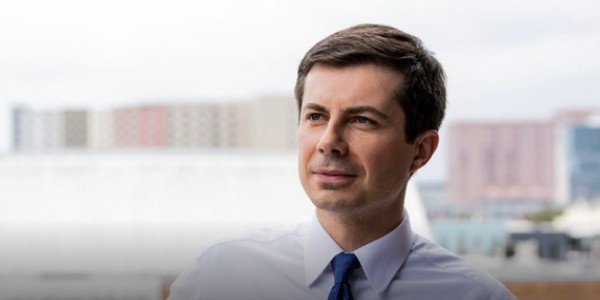 And many on the list were confused because they didn't endorse him.

Oh, and the campaign's release was illustrated with stock images from Kenya.

Twitter news aggregator Twitchy was all over the controversy.

"If you're ever looking for a way NOT to win a primary look no further than the crap Pete Buttigieg pulled trying to prove black people really do endorse both him and his plan."

-A lot of the people are confused because they didn’t endorse.

-They used stock photos from Kenya.

Yet we have heard nothing from his campaign.

Apparently, the campaign sent an email telling people they had to opt-out if they didn't want their name used.

This is unbelievable. Buttigieg put out a list black ppl who endorse his plan; half are white and the others include stock photos from Kenya — and ppl were told they had to *opt out* of endorsing.

This campaign is the whitest thing in the universe. https://t.co/ktcEO54LQF

Some recipients might not have even read the email.

Pete Buttigieg’s campaign sent out an email telling people they needed to opt-out of being on the endorsement list.

This is not how is works. pic.twitter.com/s4SruVCXiE

Buttigieg and his campaign regularly refer to the Douglass Plan, named for abolitionist Frederick Douglass, when confronted about their lack of support from blacks.

In a recent CNN interview, Buttigieg called it "the most comprehensive vision put forward by a 2020 candidate on the question of how we’re going to tackle systemic racism in this country."

"They really thought he wouldn’t notice," she wrote on Twitter.

One of the worst parts is that one of the names Pete Buttigieg’s campaign used is Johnnie Cordero.

Johnnie Cordero is the Chair of the South Carolina Black Caucus.

They really thought he wouldn’t notice.