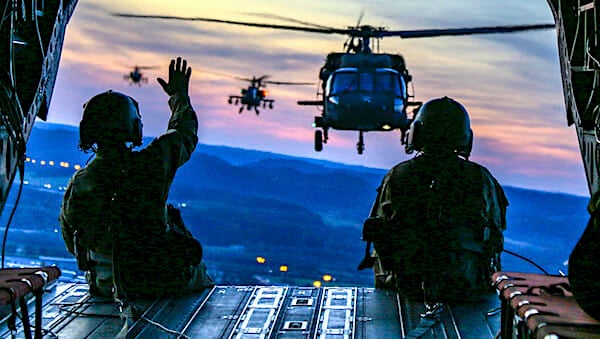 A new report from the Center for Military Readiness reveals 84% of the women who take a new Army combat-fitness test fail.

It's one of the signs that the "social experiment" launched during the Barack Obama administration isn't working, CMR says.

"In December 2015, former Defense Secretary Ashton Carter overturned policy and authorized women to serve in direct ground combat (infantry) units," the report said. "These are the fighting teams that attack the enemy with deliberate offensive action – missions beyond the experience of being 'in harm's way,'" the report said.

CMR noted that women "are serving with as they always have."

"During the Obama administration, Pentagon officials bought into false promises of a 'gender-free' military. Men and women would be equally capable, immune to sexual attractions, and interchangeable in physically challenging missions. Instead of this fantasy, the caisson's wheels are starting to fall off," the report found.

Not surprising, since "at least a dozen major studies warned of serious problems before the social experiment began, and in 2012," CMR said.

"Among other things, Marine proxy tests with hundreds of volunteers confirmed significant physical differences in weight-lifting exercises simulating heavy armor or artillery rounds. Most men could lift progressively heavy barbells above their heads, but 92% of female participants could not accomplish the 'clean & press' with a 115 lb. weight," the report said.

Injury rates for women proved two to six times higher, and at the Marines' Infantry Officer Course, only two of more than 30 female officers passed even after adjustments were made in scoring requirements.

Some women have completed the Ranger School at Fort Benning, Georgia, but a book reporting on the issue said "the first two women ... received special treatment and concessions."

What is known so far is that in scientific field tests all-male units outperformed the gender-mixed teams 69% of the time, the CMR report said.

According to unofficial Army Combat Fitness Test pass/fail records of 3,206 soldiers in 11 battalions, 84% of female trainees and 30% of male trainees failed the six-event Army test.

The report recommended: "Four years after the grand women in the infantry experiment began, the Trump administration should reexamine ideological goals and consider taking up the challenge stated by James Hasson in his book 'Stand Down': 'The time to roll back the misguided Obama-era 'reforms' to the military is now . . . President Trump, as Washington pundits love to say, is a ‘disruptive’ president, one willing to buck trends, reject conventional thinking, and make controversial changes'."

"Constructive change will require new presidential orders to high-level officials, including Defense Secretary Mark Esper and Joint Chiefs Chairman Gen. Mark Milley. Leadership is especially needed because General Milley, in his previous role as Chief of Staff of the Army, was responsible for implementation of deeply flawed social policies during the Obama administration," the report said.