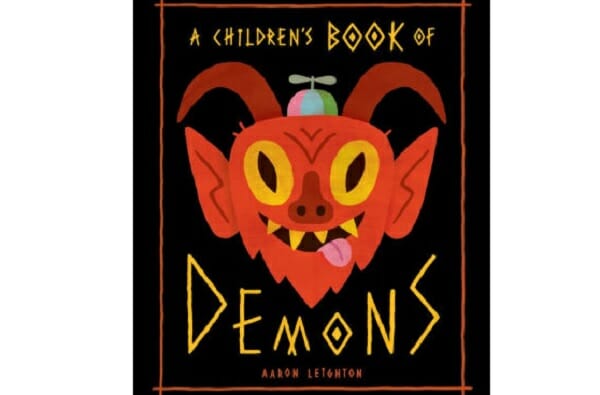 A "children's book" available through outlets such as Barnes and Noble, Target and Amazon is raising eyebrows for its descriptions of how children can summon demons.

"Don't want to take out the trash tonight? Maybe you're swimming in homework? Perhaps that big bully is being a real drag? Well grab your coloured pencils and sigil drawing skills and dial up some demons! But be careful, even if these spirits are more silly than scary they are still demons," states the overview of the book on the Barnes and Noble website.

The book is "A children's book of demons" by Aaron Leighton.

Breaking Israel News reported: "For parents looking to introduce their kids to devil worship, Walmart and Amazon are now selling a new children's book entitled: 'A Children's Book of Demons'. In the 'about' section, the publishers try to turn the act of summoning demons into a kid-friendly activity saying: 'summoning demons has never been so much fun'."

Publishers Weekly described it this way:

Leighton integrates a hands-on craft element into this playful guide that invites readers to conjure gentle demons by writing their sigils, which serve as “a phone number” straight to the spirit. The demons necessitate specific summons (a riddler named Corydon requires a sigil “drawn in bright red, the colour of a clown’s nose–preferably while you’re giggling”), and express specific characteristics and abilities that range from pragmatic to gross. They include “Flatulus,” whose talent is passing gas; “Quazitoro,” an expert at finding missing objects; and “Spanglox,” “the best-dressed demon in the underworld,” who offers cutting-edge fashion advice. Leighton’s renderings of the multieyed, multiarmed, sharp-toothed demons are outlandish without being creepy, and the creative concept will likely inspire some readers to create demons of their own. Ages 5-10.

Walmart has put it in the "Paranormal, Occult & Supernatural Kids' Books" category and calls it a "handy Necronomicon for kids."

Amazon gave it a 1.8 out of 5 rating, with four out of five reviewers give it a "1-star" ranking out of a possible five.

There were 24 "critical" reviews, including from Marbel, who said: "Why would you want to expose your children to anything involving the occult, witchcraft and Satanism??? You are setting your children up for failure and unnecessary trouble. Demons are evil and they don't care about you or your children. They are liars, deceivers. They are there to steal, kill and destroy. They follow Satan and want you and your children to do that same…"

Another reviewer said, "Keep your kids away from this book and if they get their hands on it somehow BURN IT!!!"

The author, according to Barnes and Noble, is an "award-winning illustrator" and fan "of all things occult."

He spends his time "wrestling with a black cat."