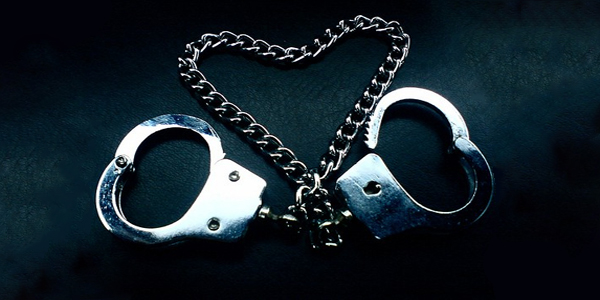 But they put him in their records anyway because they considered it a "hate incident."

And now he's responded with a lawsuit over their actions.

The incident was reported by Christian Concern's Tim Dieppe, who explained Miller, a Lincoln resident and director of a company that employs about 70, one day got a call from his office saying police wanted to talk with him.

"He called the police and spoke to PC Mansoor Gull who told him that an anonymous person had reported him for hate speech. The caller had found the company he is a director of and reported that his workplace would not be a safe place for trans people," the report aid.

"Gull said that he was in possession of 30 offensive tweets by Harry Miller. Miller asked if he had committed a crime. PC Gull said no. Miller then asked if any of the tweets came close to being a crime. PC Gull then read what he called a 'limerick' which Miller had re-tweeted. Miller did not even write the poem which asserts that transgender women are really men and that trans surgery is artificial. Miller then asked why PC Gull was wasting his time on a non-crime, to which PC Gull replied: 'It's not a crime, but it will be recorded as a hate incident,'" the report said.

Such an "incident" would be those events that are a "non-crime" but are thought by anyone "to be motivated by hostility or prejudice based on a person's race or perceived race/religion or perceived religion/sexual orientation…," the report said.

Dieppe explained, "Basically, if anyone perceives anything as a hate incident then it is a hate incident. The police will then have to record it, and there is no innocent till proven guilty. There is no proven guilty at all. In fact, there is no way to prove innocence either. Such an allegation will be recorded against you forevermore, with no recourse to fact or anything else. No matter whether the motive of the reporting person was actually hate in the first place! When Miller later asked Humberside police to remove him from their hate-crime statistics, they said they couldn’t because they were following the policing guidelines."

The report alarmingly documented that the police officer told Miller he needed to speak with him, even though there was no crime, because, "I need to check your thinking."

The officer told Miller, according to the report, "What you have to understand, Mr Miller, is that sometimes a female brain grows with the wrong body parts and that is what being trans is."

The officer explained he knew that because he'd "been on a course."

A campaign site called Fair Cop also has been set up to fund the legal challenge, which explains police are violating the European Convention on Human Rights by creating official records against people for "incidents" which are not illegal.

Christian Concern explained, "This case is very significant. If he wins, we could see a wholesale change in policing and a real shift towards freedom of speech. If he loses, then this will demonstrate that we are clearly living in a restricted society and that thought police are a reality in the U.K. today."