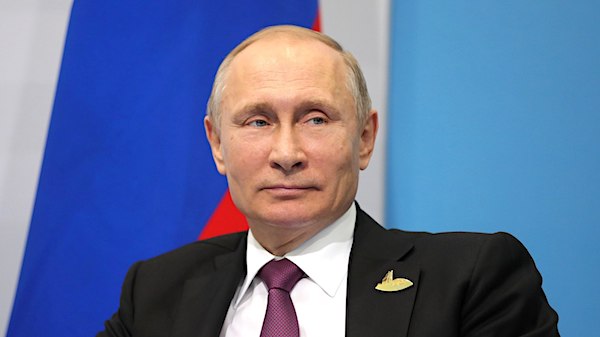 A world leader has expressed concern about the "mass exodus" of Christians from the Middle East and pledges his nation will do "everything" to protect them "persecution, being killed, raped and robbed."

The nation is Russia, and the leader is Vladimir Putin.

His comments are being noted by the Barnabas Fund, a worldwide ministry working with persecuted Christians.

Putin was speaking at a recent meeting with Viktor Orban, Hungary's prime minister.

The two described the Middle East as the "cradle of Christianity," and Putin raised concerns about the exodus of Christians.

He pledged Russia "would do everything" to protect them.

Orban discussed an "international alliance" to help and protect Christians as well as other minority faiths.

"Christians in the Middle East have endured severe persecution and violent conflict," Barnabas said. "Patriarch Ignatius Aphrem II of the Syriac Orthodox Church said, 'Many times, we feel we are abandoned as Christians of the Middle East. We feel we have no friends. That nobody cares about us.'"

Three years ago, Hungary created a governmental agency focusing on alleviating the persecution of Christians in the Middle East. It followed an earlier meeting between Orban and various church leaders, including Aphrem.

"The Russian stance should serve to strengthen efforts to support these suffering Christians," Barnabas Fund explained. "Barnabas Fund has supported many projects for Christians in Syria through Patriarch Aphrem's office and other project partners, including feeding programs and emergency aid after violent attacks."

BosNewsLife reported Hungary spent tens of millions of dollars on building or renovating churches, hospitals and other humanitarian aid.

"Much is directed toward Christians in the Middle East where thousands have been killed, injured, or displaced by wars and extremist attacks," the website said.

He said Russian influences already are helping Jewish groups and that through his nation's efforts, a mosque has been restored in the region.

Orban, who organized the gathering, said he joins Putin about the Christians exodus.