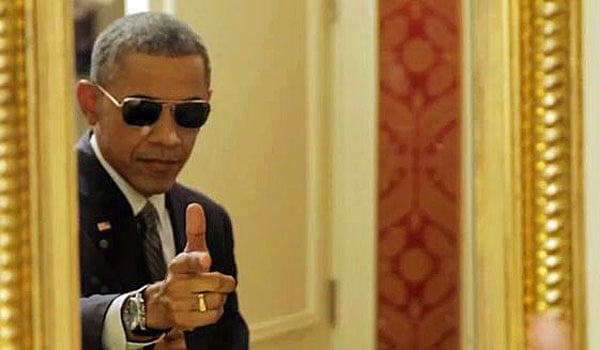 A school in Kansas has determined that bringing a real gun to class in a backpack is just a misdemeanor. But folding your hand and making the image of a "finger gun"?

And that determination has prompted the civil-rights experts at the Rutherford Institute to urge the school to revamp its policies and remove charges against a middle-school student.

In a letter to Michael Fulton, superintendent of the Shawnee Mission district in Shawnee Mission, Kansas, Rutherford said the student has been "traumatized, stigmatized" and required to "deal with the future ramifications from being labeled a criminal because school officials who should have known better opted to overreact to nonviolent, childish behavior."

The letter urges the district to call on prosecutors "to drop the charge that has been filed against this student, the elimination of any reference to the criminal charge from government records, as well as a review of [the] school district's policies to implement limits on the punitive actions taken for minor offenses."

It was officials at West Middle School that pressed charges.

That's even though, Rutherford said, "the hand gesture, which involves an individual using their hand to mimic an imaginary handgun, is commonly referred to as a 'finger gun' and is widely seen throughout popular culture, in movies, TV shows, music videos, and on social media."

"Indeed, the finger gun gesture was even employed by President Obama in a humorous 2015 promotional video for his health care plan," Rutherford documented.

The incident took place in a classroom discussion in September in which the "young girl was asked, theoretically, if she could kill any five people in the room, whom she would pick."

"The 13-year-old girl then pointed to four fellow students and herself, using her hand to mimic a 'finger gun.'"

She was sent to the principal's office, where a police officer recommended her arrest. He then took her outside, handcuffed and arrested her, and dropped her off at a juvenile detention center, charged with a felony.

"Contrast this with the punishment meted out to two 13-year-old students in the same school district who, the previous month, brought actual guns to school in their backpacks and were charged with misdemeanors, a far less serious punishment than the felony charge levied against the young girl for wielding an imaginary finger gun," Rutherford said. "Ironically, while this young girl is being punished harshly for supposedly violating the school district’s policies on bullying and intimidation, the girl was allegedly herself being subjected to bullying and intimidation."

John W. Whitehead, the president of the Rutherford Institute said: "We all want to keep the schools safe, but it is far better to see something credible done about actual threats, rather than this ongoing, senseless targeting of childish behavior that poses no threat, causes no disruption and results in young people being suspended, expelled, and even arrested under school policies that punish all offenses severely, no matter how minor the so-called infraction may be."

The letter explains school officials were told the girl repeatedly had been bullied at the school but did nothing.

They should have avoided such an "egregious abuse of power" and opted for counseling and consultation with the parents, Rutherford said.

"When a school is akin to a prison it leads to more contentious incidents of conflict, not fewer," the institute said. "But when a school treats children humanely and in a supportive way instead of as criminals, such incidents decrease, sometimes up to 90 [percent] as was the case when excessive surveillance and police officers were reduced at a school."

The institute also volunteered its staff to revise school policies "to ensure that student disciplinary matters are handled in a more appropriate, constructive manner going forward."