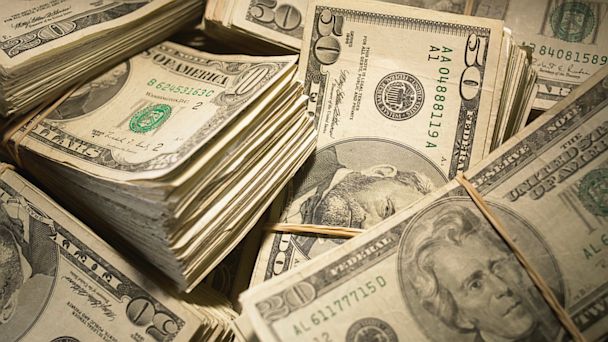 Whether it was $50,000 a month, like some reports, or $83,000 a month, like others, Joe Biden's son, Hunter Biden, took in a lot of money from the Ukrainian gas company Burisma while his father was vice president.

His pay was for being on the board of a company in an industry where he had no experience.

But he may end up returning it.

Bill Wilson at the Daily Torch, a project of Americans for Limited Government, explained it revolves around allegations of Burisma's corruption and U.S. law.

"Hunter Biden could owe the millions he made in Ukraine from Burisma back to the people of Ukraine as a part of an asset recovery process under U.S. law. Under 22 U.S.C. Section 8904(a): 'The secretary of state, in coordination with the attorney general and the secretary of the treasury, shall assist, on an expedited basis as appropriate, the government of Ukraine to identify, secure, and recover assets linked to acts of corruption by Viktor Yanukovych, members of his family, or other former or current officials of the government of Ukraine or their accomplices in any jurisdiction through appropriate programs, including the Kleptocracy Asset Recovery Initiative of the Department of Justice,'" he explained.

"And now we know the new Ukrainian Prosecutor General Ruslan Ryaboshapka has expanded his office looking at the theft by Burisma and the company's head, Mykola Zlochevsky, of stealing $33 million from the country's central bank. The monies are all fungible, so it is likely Biden profited from this alleged theft while at Burisma, even if it was years later. It looks like he was hired to keep this investigation from happening, so giving the money back is the least the younger Biden could do," the report explained.

"Were it just using the office of the vice-president to protect his son’s highly questionable 'business dealings,' it would have been bad enough. But now we learn that Hunter and another scion of the elite were neck deep in the Term Asset-Backed Securities Loan Facility program, as Rosemont Capital benefited from the program to the tune of $130 million," the report said.

"TALF is the very definition of corporatist theft, a scheme hatched in the early days of the Obama regime that funneled tens, if not hundreds, of millions of dollars to favored actors of the political class," the report said.

It worked this way: "A group of 'approved' investors went to failing banks and bought asset-based securities. The 'investors' would put up as little as 5 percent of the purchase price while the Federal Reserve — the taxpayers — paid the rest. But over the course of the term of the security, 100 percent of the payments went to the investors, nothing to the public. And when the deals failed — when the income did not support repayment of the loan, the investors were allowed to just walk away, pay nothing!"

The Torch reported, "And ole Hunter was in on the deal from Day One."

"This is a great example of the suspicion of many Americans that these bailouts were used to benefit connected insiders while ordinary Americans went broke," Tom Anderson of the Government Integrity Project at the National Legal and Policy Center said at the time.

The report described Hunter Biden as "the essence of the modern leftist movement; self-important, narcissistic to the extreme and greedy beyond words. Once the Democrats and their quislings inside the bureaucracy learned that the president was looking into the Ukrainian natural gas company, Burisma, accused of stealing from the Ukrainian government during the Viktor Yanukovych administration, that had funneled millions to Hunter Biden, they knew they had to double down."