As he closed the final day of scheduled public impeachment hearings last Friday, House Intelligence Committee Chairman Adam Schiff delivered a fiery speech in which he appeared determined to bring to justice an "unethical president" who considers himself "above the law" and "beyond accountability."

"We are better than that," he concluded as he slammed his gavel.

But as fellow House Democrats anxiously watch polls showing that instead of increasing Americans' desire for impeachment, the hearings have decreased it, Schiff's projection of confidence appeared to waver in an interview with CNN's Jake Tapper.

"Do you think President Trump should be impeached?" Tapper asked on the "State of the Union" program on Sunday.

"I want to discuss this with my constituents and my colleagues before I make a final judgment on it," Schiff said.

Tapper seemed perplexed, pointing out that Schiff had said that what Trump has done is "far more serious than what Nixon did."

One of Schiff's colleagues is Rep. Brenda Lawrence, D-Mich., whose reversal on impeachment over the weekend has drawn attention.

On Charlie LeDuff's "No BS News Hour" podcast on Sunday, Lawrence said she now favors censure of Trump over impeachment.

"We are so close to an election," Lawrence said. "I will tell you, sitting here knowing how divided this country is, I don't see the value of taking him out of office. I do see the value of putting down a marker saying his behavior is not acceptable."

Lawrence told LeDuff she plans to have a "discussion with the party and with the caucus" to encourage Democrats to choose censure over impeachment.

She has walked back her statement since then, stating she still supports impeaching Trump but thinks censure may be a more viable option because of opposition to impeachment in the Republican-controlled Senate.

Democratic presidential candidate Andrew Yang, a Silicon Valley entrepreneur, said after the debate Thursday night that he doesn't see much interest in impeachment.

"When I talk to voters around the country, I have to say I get very few questions about impeachment," he told CNN's Wolf Blitzer.

Yang said he knew that there are many who are "very intent on the impeachment proceedings day to day, but that doesn't line up with what I'm hearing from voters here on the ground."

Blitzer asked Yang if he thought it would be best to wrap up in the impeachment process "soon rather than later."

"I do think that the more time goes on, the less time the Democrats have to present a positive vision for the country that will get people excited and help us win in 2020," the Democratic candidate said.

A Washington Post reporter told CNN she's hearing behind the scenes that some House Democrats are getting "cold feet" regarding impeachment as worries grow about public opposition.

Rachel Bade explained on CNN's "Inside Politics" that the question initially, when the impeachment inquiry was announced, was whether or not Pelosi could "peel off any Republicans in this final impeachment vote." 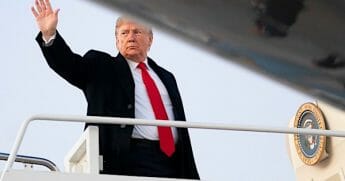 "But I think increasingly the question is becoming, does she lose more Democrats," Bade said.

She explained that Republicans have "unified behind the president."

Although only two Democrats voted against the impeachment inquiry rules, she said, "We are hearing behind the scenes there are more moderates who are getting cold feet."

She noted Politico reported some vulnerable House Democrats in swing districts are being pummeled by ads by Republican-aligned groups focusing on impeachment. The incumbent Democrats, Politico said, are demanding a much stronger counteroffensive from their party and its allies.

The GOP-aligned groups have spend $8 million on TV spots this cycle in battleground districts, Politico reported.

"It's like someone taped our arms to our side and punched us in the face," one Democrat told Politico, which notes that the ad gap has been raised with Pelosi at caucus meetings.

Politico noted that impeachment ranked last in a list of 11 government priorities among independents in a recent Politico poll.

An Emerson College poll showed support for impeachment has declined since October, when 48% of registered voters supported it and 44% opposed it, The Hill reported. Now 45% of voters oppose impeaching Trump while 43% percent support it.