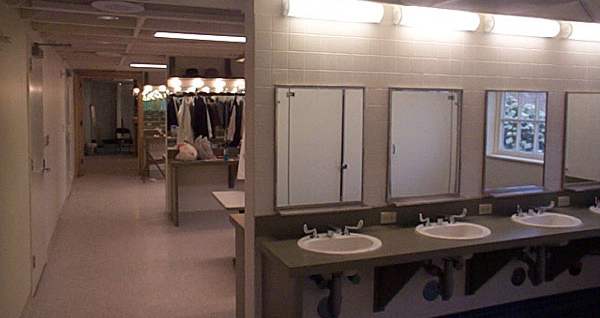 Schools across America have been targeted with lawsuits by LGBT activists who insist on allowing boys who "identify" as girls to use girls facilities.

One such case developed in Illinois last week.

But Franklin Graham, CEO of the worldwide Christian ministry Samaritan's Purse, has two pieces of advice.

Parents don't have to take that. And those board members should be thrown out.

On Facebook on Friday, Graham noted an Illinois school board voted last week to allow biological boys into the girls locker room saying they should be "supported in a manner consistent with their gender identity."

It was transgender student Nova Maday who filed one of two lawsuits against the Palatine High School in 2017, claiming he intended to "help other students."

Graham said the school "first compromised by providing a separate place in the girls changing areas for the transgender male to use, but he said that wasn’t enough and demanded full access to the space with all of the other girls."

"The school board has now caved to the LGBTQ bullies and given them what they wanted. But what about the privacy of the other 99+% of students? What about their rights? One girl was in tears after the decision because she is a swimmer and has to change multiple times a day in the locker room. What can parents, grandparents, and concerned residents do?" Graham wrote.

"I'd say pack out the next school board meeting and demand this decision be reversed. Not dozens, but hundreds of people need to go. And they also need to get behind people who will run for school board, use common sense, and defend the privacy of all students. The people who voted for this need to be thrown out of office — you don’t have to take it!"

The report cited the alarm the decision created for both parents and students.

At Patch.com, one district resident, Mike Herron, expressed his opinion of the board.

"I'm am tired of having this stuffed up my nose," he said, adding board members should be removed "for this."

"I would disagree with the board's decision for all levels of school, but mainly at the middle school and high school 'levels." ... Kids at that age are noticing all other kids – especially if they are in various degrees of undress," he said.

Julie Hartfelder Costigan accused critics of being "not educated on the topic of transgender individuals."