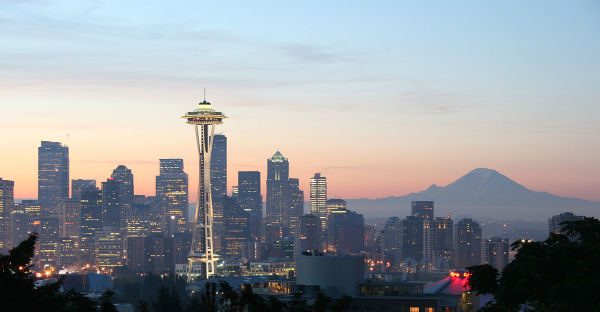 A lawsuit against a taxation plan in Seattle that collects revenue from property owners and allows residents to distribute the money to the campaigns of city council candidates of their choice is being submitted to the U.S. Supreme Court for review.

"The Supreme Court has long held that compelling someone to pay for someone else's private speech violates the First Amendment," PLF said. "Government cannot conscript citizens into betraying their convictions by forcing them to amplify ideas they abhor. For example: the government cannot force a progressive voter to support Donald Trump, or a libertarian voter to support Bernie Sanders."

Its petition to the high court explains that in 2015, "the city of Seattle implemented a novel method for funding political campaigns. The program implicates a special First Amendment concern because it forces some individuals, here property owners, to pay for the campaign contributions of other private individuals."

"The voucher holder can only use the vouchers to support a qualified local candidate that chooses to participate in the program. Not surprisingly, most of the vouchers fund the re-election campaigns of the Seattle city council," PFL said.

But the First Amendment issue is that the city is forcing taxpayers "to fund private political speech with which they disagree."

"Campaign funding will inherently be skewed in favor of currently popular candidates, so property owners who favor less popular candidates, such as petitioners, are compelled to fund a program that favors candidates and campaign-related speech that they oppose, thus compelling them to 'betray their convictions.'"

The campaign funding program, Initiative 122, was approved by voters in 2015.

The city collects up to $3 million per year through property taxes to hand out to taxpayers to give only to politicians.

The plaintiffs object to paying for campaigns they oppose.

But the rulings failed to address the compelled speech doctrine and Supreme Court precedent, the appeal contends.

The case is "significant," because the idea is starting to catch on, and at least one Democratic presidential candidate has adopted a form of the program.

Several states have worked on such programs, and it was adopted in South Dakota before it was dropped due to a challenge from Republican lawmakers.

Ethan Blevins of PFL said the "democracy vouchers" are a "twist on Robin Hood."

In this case, Robin Hood steals back taxes from King John, "gives the money to the poor and then forces the poor to pass it on to the sheriff of Nottingham's next election campaign."

The Supreme Court in the Janus case ruled "unions could not compel non-members to pay dues that went to pay for an array of lobbying, campaign contributions and political spending."

"The same principle applies to the general electorate. While we often must put up with sundry misuses of our tax dollars by government, we don't have to put up with government handing off tax dollars to private individuals to sponsor their political expression," PLF said.