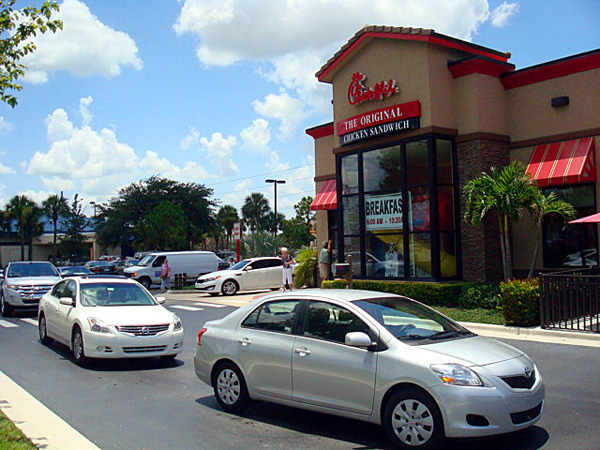 Chick-fil-A's decision to stop donating to organizations that support traditional marriage will not be enough to satisfy the demands of LGBT activists.

The leading gay-rights group GLAAD said in a statement that it wants the popular fast-food chain to ensure a "safe" workplace for LGBT employees and to forthrightly denounce the company's "anti-LGBT reputation."

GLAAD was responding to the announcement Monday by Chick-fil-A that it will stop donating to the Salvation Army, the Fellowship of Christian Athletes and other organizations accused of being "anti-LGBT" because they support traditional marriage.

"Chick-Fil-A investors, employees, and customers can greet today’s announcement with cautious optimism, but should remember that similar press statements were previously proven to be empty, the GLAAD statement said.

Then came the further demand.

"In addition to refraining from financially supporting anti-LGBTQ organizations, Chick-Fil-A still lacks policies to ensure safe workplaces for LGBTQ employees and should unequivocally speak out against the anti-LGBTQ reputation that their brand represents," the statement concluded.

The gay-rights Human Rights Campaign sounded similar note, saying that "while this is an important step for Chick-fil-A, the company still does not have workplace protections and policies that are fully inclusive of LGBTQ people."

In a news release, Chick-fil-A said that beginning in 2020, it is "introducing a more focused giving approach to provide additional clarity and impact with the causes it supports."

"Staying true to its mission of nourishing the potential in every child, the Chick-fil-A Foundation will deepen its giving to a smaller number of organizations working exclusively in the areas of education, homelessness and hunger."

The controversy was triggered by a June 2012 interview in which Chick-fil-A Chief Operating Officer Dan T. Cathy expressed opposition to same-sex marriage.

Then came reports of the donations by the company's foundation to organizations deemed "anti-LGBT" by activists.

But sales soared 12 percent, to $4.6 billion, in 2012. And this year Chick-fil-A became the third largest restaurant chain in America, after McDonald's and Starbucks.