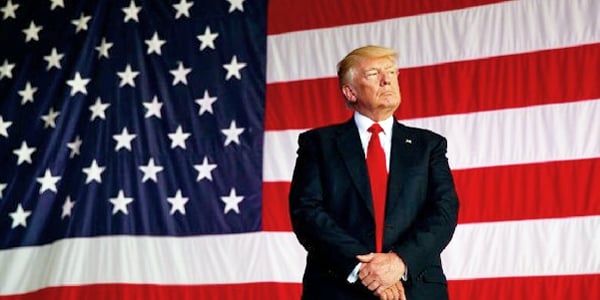 Countries that receive U.S. humanitarian and development aid soon could be required to address religious-rights issues.

Politico reported two White House aides say President Trump is considering a plan "to condition U.S. aid to other countries on how well they treat their religious minorities."

Demonstrating the administration's commitment to religious freedom, it could have a major effect on U.S. assistance in countries such as Iraq and Vietnam, Politico said. Critics contend it's all about galvanizing Trump's evangelical Christian base ahead of the 2020 presidential election.

The aides emphasized that the proposal is in its early stages and an executive order is still being drafted.

Questions such as whether or not military aid would be affected remain to be answered, Politico reported.

The U.S. already restricts aid to countries that do poorly on an annual U.S. assessment of human trafficking.

In his address to the United Nations General Assembly in September, Trump emphasized the U.S. commitment to religious liberty.

"Hard to believe, but 80 percent of the world’s population lives in countries where religious liberty is in significant danger or even completely outlawed," he said. "Americans will never tire in our effort to defend and promote freedom of worship and religion."

Another resource for evaluating religious liberty could be the U.S. Commission on International Religious Freedom's list of the worst violators of religious freedom, Politico said.

The sources told Politico that officials with the National Security Council, the Domestic Policy Council, the State Department and Vice President Mike Pence's staff have been talking about the plan.

Politico spoke with a senior official from the Obama administration, Jeremy Konyndyk, who was critical of the idea.

"Oh man, there’s so many ways that could go wrong," he said, noting recipients of aid such as Egypt and India have religious freedom issues.

The Daily Caller reported the Trump administration may already have implemented the policy.

Vice President Mike Pence was accused by critics of rerouting foreign aid to Christians persecuted in Iraq, a Muslim country the U.S. has spent billions to support.