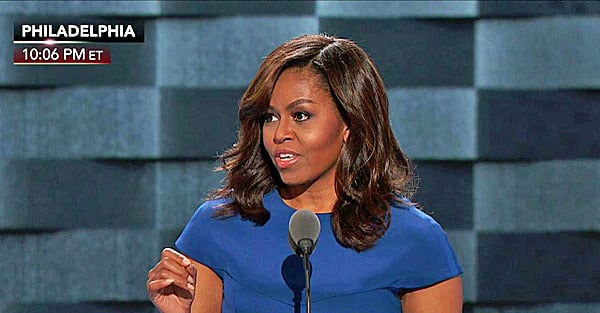 With no clear frontrunner in the 2020 race for the Democratic nomination for president, Fox News anchor Tucker Carlson is making a bold prediction about who will be the likely name at the top of the ticket: Michelle Obama.

"If you're wondering who the Democratic nominee will be, don't bet against Michelle Obama," he said on Monday's broadcast of "Tucker Carlson Tonight."

"Last week, the former first lady issued a statement claiming she has no interest in being president, that's what she claimed, but there are signs that's not true."

"For example," Carlson explained, "David Axelrod, who is one of the Obamas' closest and most loyal advisers, has been waging a scorched-earth campaign against Joe Biden for months. ... Biden has taken big hits from Axelrod. Axelrod has called him a liar, called him a coward, all but accused him of having dementia. Now would David Axelrod be doing all of that without the consent of the Obamas? No, there's no chance."

"Not only has Obama refused to endorse Biden, he tried to stop Biden from running in the first place," Carlson continued. "If Obama had endorsed Biden, the race would be over ... Obama hasn't endorsed Joe Biden because he doesn't want to endorse Joe Biden. Why? Maybe he's got other plans."

"Obama's presidential memoir was also supposed to come out this year. Now, its release has been delayed until the middle of the Democratic primaries. In other words, at exactly the moment when Democrats will be thinking deeply about how to beat Donald Trump, America will be talking about the Obamas. Coincidence? Maybe it is."

"Maybe it's also a coincidence that Michelle Obama just released yet another book last week, one that will require her, of course, to get on the road and talk to crowds ... The Democratic Party is ripping itself apart over race, and gender, and class. Michelle Obama, let's be honest, is one of the only people who could unite the party's warring factions."

In July of this year, Michelle Obama replaced actress Angelina Jolie as the most admired woman in the world, according to a survey by YouGov.

"One of the main lessons of Donald Trump's 2016 election is that you never really know. Unexpected things happen far more often than we imagine they do or we pretend they do," Carlson said, as he played a video clip of then-Sen. Barack Obama speaking with NBC's Tim Russert on Jan. 22, 2006,

"I will serve out my full six-year term [as U.S. senator from Illinois]," Obama said at the time. "You know, Tim, if you get asked enough, sooner or later you get weary, and you start looking for new ways of saying things. But my thinking has not changed."

Russert followed up: "So you will not run for president or vice president [in] 2008?"

"I will not," Barack Obama said emphatically.

Carlson noted: "Just months after he did that, Barack Obama joined the presidential race. Three years later, almost to the day, he was inaugurated president of the United States."

Carlson is not the only powerful voice saying Michelle Obama could be the nominee.

"But she's not the reason, folks. It's Barack Hussein O who wants back in," Limbaugh said. "I am convinced that The One (Barack Obama) wants back in. I think The One is sitting there seething over the dismantling of his agenda and the Trump verbal assault on it every day. But he can't run again." 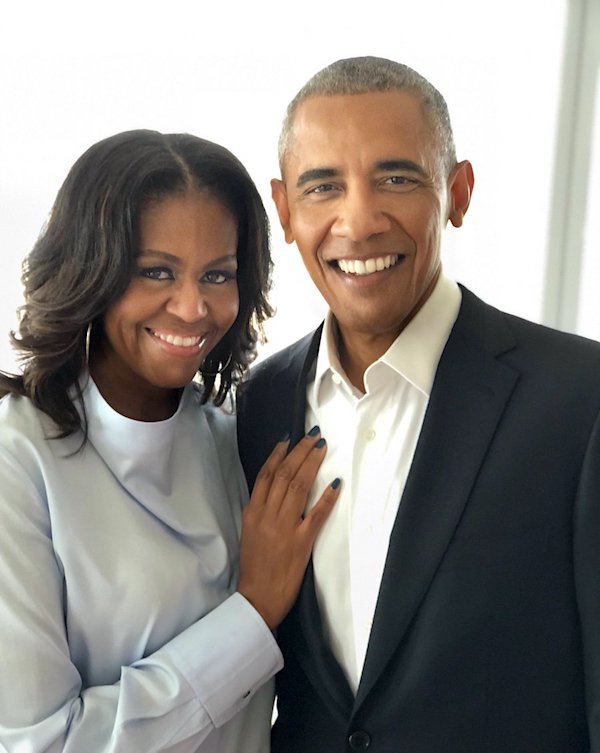 "Don't discount the idea that Michelle (My Belle) Obama has got her own passionate and radical ideas. I think the Obamas collectively think they've got a lot of scores to settle. That 2016 Trump victory was taken as a personal humiliating, resounding rejection. Obama's out there, he campaigned more for Hillary than she campaigned for herself," he said.

"But one of the big reasons in Obama's case is that — do not doubt me on this — there is every possibility, I wouldn't know what percentage to attach to it, a number like 75 percent, 80, I don't know, but there's a decent percentage chance that she gets in this. But not in the middle of this fray," he said, referring to the large field of 18 Democrats currently seeking the nomination.

"The Obamas are so far above this level of plebeian battle. Let these reprobates battle it out and destroy them and in the process maybe do great damage to the party and then swoop in, after having spent no money, and after having made nobody mad, Michelle (My Belle) Obama swoops in to save the Democrat Party from itself to a roaring media crescendo of excitement and approval. Don't rule it out."

But Limbaugh noted there's one sure thing that would prevent Michelle Obama from running for president.

"They will not pull the trigger and get in if they don't think it is a lock that she would win," Limbaugh said. "The last thing the Obamas can afford is for Michelle (My Belle) to get in there and not win."

On Tuesday, Limbaugh added that all the talk about Michelle Obama possibly getting into the race is because "she may be the only Democrat that can hold the black vote" from going to Trump in 2020.