Three years after the remains of a little girl and her feeding tube were found inside of a suitcase, investigators in Madisonville, Texas, still don't know her name and are hoping to make a break in her case with new genetic information.

On Sept. 17, 2016, a man was mowing the grass on his property when he discovered a small, black suitcase along the fence. When he opened the suitcase to try to find its owner, he could hardly believe what was inside.

"When I kinda opened up the plastic bag, I kinda looked inside and it had a terrible smell coming out of the plastic bag," the man who owned the land, Tim, said during "Inside Crime with Angeline Hartmann," a true-crime podcast.

"I think my exact thought was, 'Did I see what I just think I saw?’" he continued. "And so I opened the bag back up and kinda looked around -- never reached in there, never touched anything -- it's like 'That is a skull with hair on it.’"

Tim called his son-in-law Steven to get a second opinion and the two men reported the find to Madison County Sheriff Travis Neeley.

The remains were of a young girl believed to be between the ages of 2 and 6, she became known as the "Madisonville Jane Doe."

A pink dress, size-4 diaper and a feeding tube were also found inside of the suitcase. 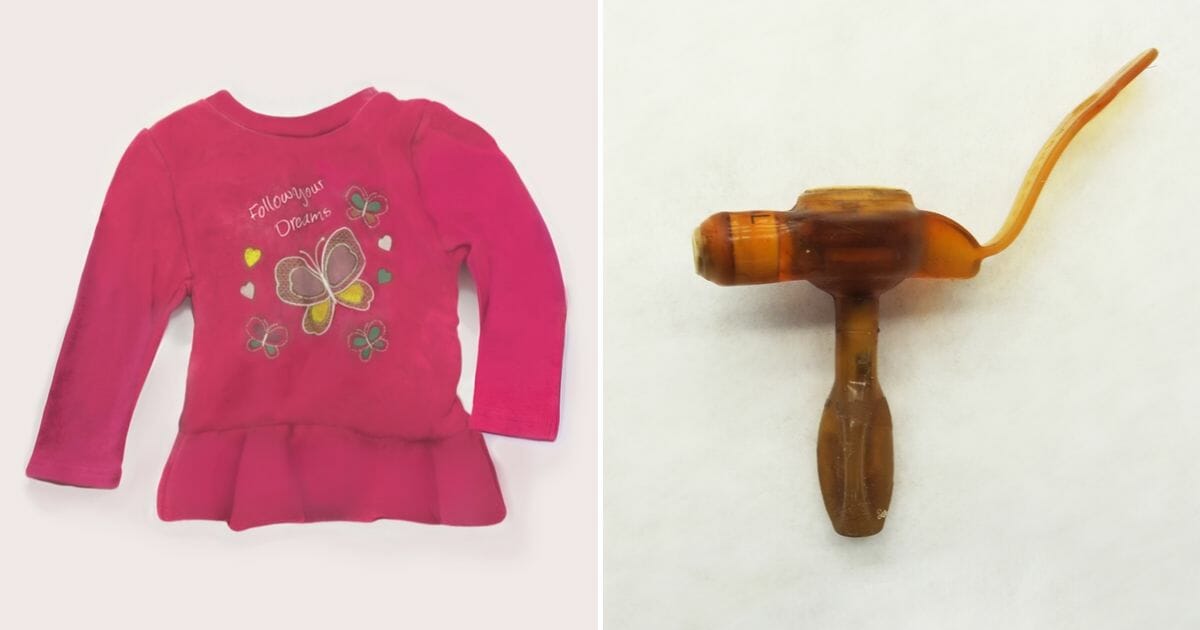 A pink dress and a feeding tube were also found int he suitcase along with the young girl's remains. (Courtesy of the National Center of Missing and Exploited Children)

Based on the skeletal remains, medical examiners determined that she had a medical condition called micrognathia due to her small jaw; this would have affected her ability to eat on her own.

They also determined that the young girl died three to five months before she was found.

It's been three years since the shocking discovery, but investigators still do not know her identity. Sheriff Neeley said it has haunted him ever since.

"These kinds of cases are the worst kind,” he said, according to the National Center for Missing and Exploited Children. “They're frustrating because you feel helpless. I mean, I cannot bring nobody back to life by no means, but I want to bring some kind of peace, if nothing else."

Forensic artists from NCMEC also created a facial reconstruction of what they believe the young girl once looked like based on a CT scan of her skull in hopes that someone would recognize her. 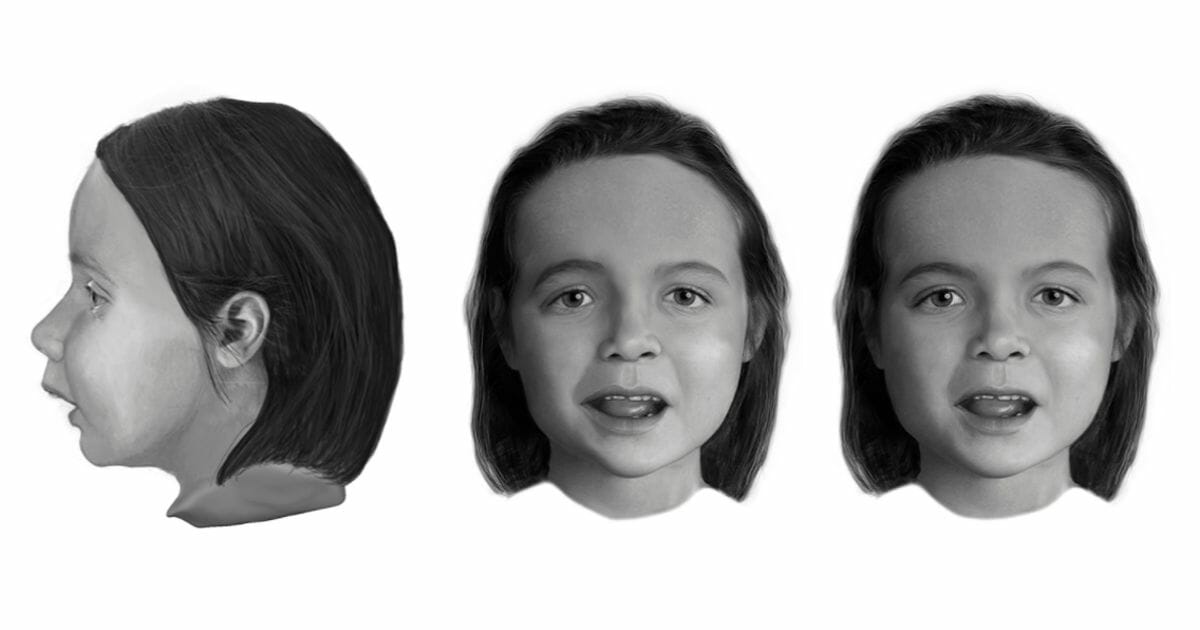 Forensic artists at NCMEC were able to create a facial reconstruction of the young girl's face based on a CT scan of her skeletal remains. (NamUs)

Investigators also analyzed pollen samples found on the remains that suggest she was from the southwest region of the United States, most likely Southeast Arizona.

“It’s normal for anyone who has compassion to be bothered by this case. This is a young child,” Sheriff Neeley said, according to NCMEC. “They say it’s a horrible thing that happened to her, but they can walk away. Not me, I can’t say that and just walk away. It happened on my watch.”

The National Center for Missing and Exploited Children shared Madisonville Jane Doe's story on the third anniversary of the day her remains were discovered in hopes that the right person would see the story and come forward.

"Anniversary dates are always a good time to bring up these cases and get the media's attention to say, 'Hey, it's been three years or it's been five years since this little girl has been found and she still does not have a name,’" Ashley Rodriguez a spokesperson for NCMEC told The Western Journal.

Can you help us identify this little girl? #HelpIDMe

3 years ago today, the remains of a little girl and her feeding tube were found in a suitcase in Madisonville, TX.

To help identify her, NCMEC forensic artists created a facial reconstruction using a CT scan of her skull. pic.twitter.com/pSIIeh0W2p

NCMEC helps investigators from all over the country solve unidentified juvenile remains cases by offering facial reconstruction services, helping law enforcement upload biometrics to the appropriate databases as well as connecting them with genetic genealogy labs that can help find key information.

"Basically, our role in all of these investigations is just to facilitate all of these resources for law enforcement and the medical examiners," Rodriguez told The Western Journal.

"We know that someone out there is missing this little girl, and our goal is just to keep sharing the images and sharing her story until we get it in front of the right person who's willing to come forward and give us the little bit of information that we need to break the case wide open."

If you have any information regarding this young girl's identity, please contact the National Center for Missing & Exploited Children at 1-800-THE-LOST (1-800-843-5678).