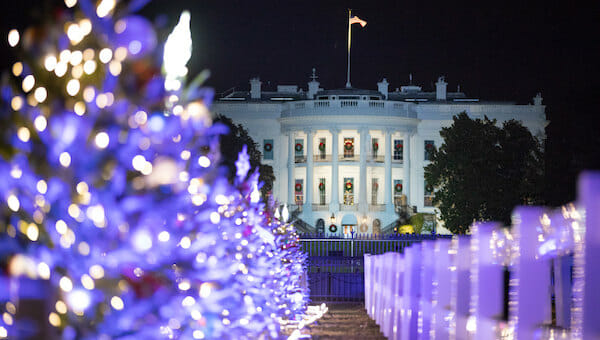 Charles Dickens wrote Scrooge's "Bah, humbug" line years and years ago, but it stands was one of the most memorable lines from the classics.

And maybe of all time.

It's the "You jam your holidays down our throats so…" from social media commenter The Volatile Mermaid.

Wish your Christian coworkers a Happy Hanukkah today. If they say "I'm not Jewish", say "I'm not Christian but you jam your holidays down our throats so..."

The full comment was: "Wish your Christian coworkers a Happy Hanukkah today. If they say 'I'm not Jewish', say 'I'm not Christian but you jam your holidays down our throats so...'"

It was the experts in social media at Twitchy that noted the missive from the Mermaid, who calls herself a "Jewish American Disney Princess."

"Oh well. At least now, all of her 339K followers know that the Volatile Mermaid is just a nasty gal."

But the social media response put her in her place.

"I'm not Jewish, but a classmate once said happy Hanukkah to me, and I wasn't offended. I said it back and it was nice," wrote "NoTrumps-or-FordsClub."

Added Conor Philbin, "It can't mean that much. It just really can't. The difference between happy holidays and merry Christmas cannot possibly mean this much to an adult. Almost laughable."

Twitchy reported "Comfortably Numb" wrote, "You seem like a pleasant person to be around," and Jason Thompson called it with, "You are a sad person."

"Plenty of Jews and other non-Christians manage to navigate the Christmas season without acting like ginormous, bitter jerks. Too bad Volatile Mermaid can't bring herself to do the same," Twitchy said.