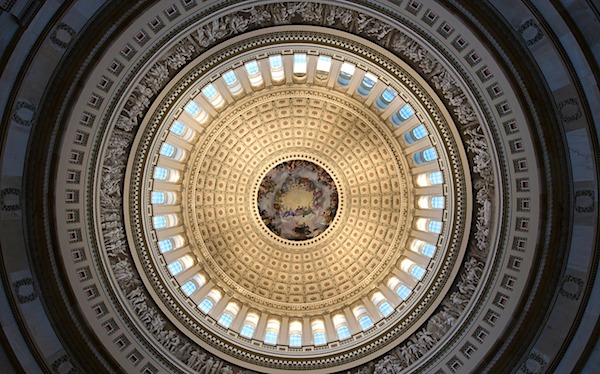 It's widely assumed that House Democrats will vote to impeach President Trump next week.

House Speaker Nancy Pelosi is known for carefully calculating her support before calling for a vote.

But it may not be a done deal.

It's because of the 31 Democrats who represent districts where Trump won in 2016.

Will they betray their party? Or will they risk losing their seats?

The Daily Caller reported it contacted the offices of all 31 Democrats, and many stated they hadn't make up their minds yet.

"All Democratic offices that responded had very similar messages, saying they have not yet made a decision and are still weighing out the facts," the report said.

The Democrats can lose only 16 of their 233 members and still impeach Trump.

"I have made my way almost through the entire thing. I will read the rebuttal piece form the minority side. I've gone back and forth and looked at the House rules, I'm looking at the Nixon documents, the Clinton documents just to do what I was trained to do and make an objective decision based on what I think is right," she said.

Rep. Angie Craig, D-Minn., told the Daily Caller: "This is a somber time. No one runs for Congress wanting to ever have to face the question of whether to vote for articles of impeachment. Once the articles are voted out of committee, I plan to review the final resolution in combination with the House Intelligence Committee report over the weekend and make a final decision based on my oath of office."

Pennsylvania Rep. Matt Cartwright's office said the lawmaker is still looking through the evidence and will make a decision after the House Judiciary Committee figures out how to move forward.

Utah Rep. Ben McAdams' office told the Daily Caller that he is still reviewing the articles of impeachment as well.

“Congressman McAdams is reviewing the articles of impeachment.

The list of Democrats in districts won by President Trump in 2016: