Tim Slaten was only 12 years old when someone broke into his home and strangled his mother to death. For 38 years, investigators were unable to determine who was responsible for her death.

Now, thanks to modern genetic technology, police have identified his mother's killer as someone he once looked up to.

Linda Slaten, 31, was strangled to death in her Lakeland, Florida, apartment on Sept. 4, 1981, while her two sons, Jeff, then 15, and Tim slept in another room, according to KCPQ.

The single mom's body was found partially clothed on her bed with a wire hanger wrapped around her neck.

Authorities believe the killer entered the apartment through an unlocked window.

Tim Slaten said at a news conference Thursday that the horrific scene is still "burnt" in his brain.

For decades, investigators searched for Linda's killer but were never able to determine who was responsible.

From unnerving unsolved murder cases to heartbreaking missing child cases, authorities have been able to input DNA collected decades ago into genetic databases to make connections never before possible.

As officers from the Lakeland Police Department considered Linda Slaten's murder, they decided to reach out to Parabon Nanolabs at the suggestion of the Florida Department of Law Enforcement.

The lab used modern advancements in genetic genealogy to help solve the case.

Genetic genealogy is a process in which investigators take a DNA profile from a crime scene and compare it to a database of other DNA profiles, like GEDmatch, in hopes of finding a relative.

If the relative is distant, then genealogists begin building a family tree from the matched DNA profile in order to identify the suspected murderer.

Through these processes, Parabon determined that 58-year-old Joseph Mills was the suspect authorities had spent decades looking for. 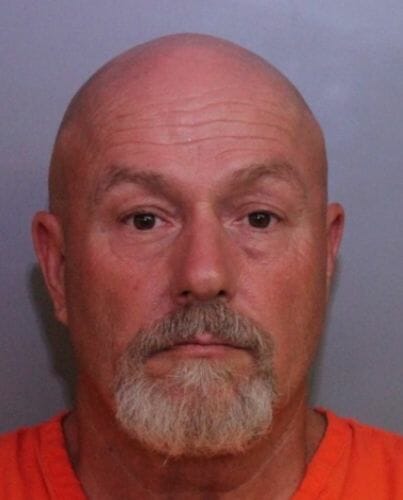 Joseph Mills, 58, was arrested on Dec. 12, 2019, after genealogists concluded he was the suspect in a 38-year-old cold case in Florida. (Polk County Sheriff's Office)

Mills was Tim Slaten's youth football coach at the time of Linda's murder and would occasionally give rides to Tim and his brother -- even after their mother's death.

“He was the last person on my brain,” Slaten said. “We had all these other suspects for years.”

In early December, the former football coach told police that he barely knew Linda before her death, which was synonymous with the statement he gave in 1981.

The next week, his story changed.

He claimed Linda invited him into the apartment for "wild" sex on Sept. 3, 1981, after Mills dropped off her sons.

When he returned the next morning, through an unlocked window, he claimed Linda already had the wire hanger around her neck and that he tightened it during intercourse.

Mills claimed she lost consciousness at one point and when she never regained it, he left.

The news came as a shock to Tim Slaten, who said he "trusted" the man now charged with killing his mother.

"He was my football coach," Tim said. "I trusted this man. He'd take me home after the games and practice."

"I've been in shock over it," he continued. "This was somebody I was supposed to trust and does something like this to my family."

COLD CASE MURDER ARREST Tim Slaten, left, and Jeff Slaten discuss the man arrested last week in the 1981 murder of their mother, Linda Slaten, in their apartment off Brunnell Parkway. The brothers appeared at a news conference today at the Lakeland Police Department. Check LkldNow.com for video of the full news conference.

Mills was arrested last week, and even though the news was unnerving, it has brought some closure to the grieving brothers.

“It’s been a heck of a roller coaster and a …” Tim Slaten said, with a pause.