The U.S. Army is threatening to pull the product license from a company that engraves Christian verses on military dog tags after receiving a legal complaint over the practice.

Fox News reported that for the past 20 years, military members have been able to wear dog tags with Bible verses on them.

"Shields of Strength" -- a company launched in the late 1990s -- has been one of the primary producers of the dog tags with scriptural engravings.

According to the company's website, the direct tie-in to the military occurred after the terror attacks of Sept. 11, 2001.

At that time, Shields of Strength founder Kenny Vaughan and his wife Tammie donated 500 dog tags to an Army unit deploying to Afghanistan as part of Operation Enduring Freedom.

"The most popular 'tag' for most soldiers was emblazoned with the U.S. Flag and engraved with Joshua 1:9," the company's website reads.

'Shields of Strength' arming military and law enforcement with faith-based patriotic support What started as a pet project by a world-class water-skier, has evolved into 'Shields of Strength,' an organization that is looks to arm military members, https://t.co/y4Adtn98qI pic.twitter.com/0dBn28LsoW

During the July 4 holiday week this past summer, Fox News ran a story chronicling how Shields of Strength, in partnership with the Christian ministry Point 27, had distributed four million dog tags with Bible verses on them to military and police personnel or their families over the years.

Weinstein demanded that the DOD stop allowing Shields of Strength to print Bible verses on the military emblem.

Each branch of the military turned around and sent messages to Vaughan threatening to pull his trademark licenses for the dog tags.

Fox News reported that the Army emailed him with the subject line, "Negative Press."

"You are not authorized to put biblical verses on your Army products," the Army's trademark licensing program director, Paul Jensen, reportedly wrote to Vaughan in August.

"For example, Joshua 1:9. Please remove ALL biblical references from all of your Army products."

In a demand letter to Jensen sent on Tuesday, First Liberty Institute's chief of staff and director of military affairs, Michael Berry, called for the branch to reverse course.

"Just as with the MRFF’s demands, your directive is unsupported by the law, and is, in fact, unconstitutional. We request you immediately rescind your unlawful directive and take immediate steps to clarify your policy to comport with the United States Constitution and federal law," Berry wrote.

"This includes the prohibition against government censorship of religious expression by a private, for-profit corporation, such as SoS. When private entities engage in religious expression, they are fully protected by the Free Exercise and Free Speech Clauses."

Vaughan expressed incredulity about the Army's decision not to allow him to engrave Bible verses on dog tags.

"It's insane. It's incredibly selfish. All we do is provide a reminder of God's word. No one has to do this," Vaughan told Fox News.

"We've seen the fruit of the mission," he added. "Literally thousands of soldiers, airmen, marines, telling us with tears in their eyes how much it's meant to them, and many times the Gold Star families to be in possession of the dog tag they wore."

"I don't understand it," Vaughan said.

Berry, a Marine Corps combat veteran who served in Afghanistan, expressed his frustration with Weinstein for filing his complaint in the first place.

"Just when I didn't think Mikey Weinstein could stoop any lower, he pulled a stunt like that," Berry told Fox News. "He'd rather take it away from them just to raise his own publicity than support our service members ... that's pretty cowardly and that's cruel."

Weinstein, a 1977 Air Force Academy graduate, made headlines in 2005, when he sued his alma mater for allegedly failing to stop cadets from being proselytized by Christians on campus. The case was dismissed by a federal district court judge, who wrote that no plaintiffs in the suit offered proof of their own constitutional rights being impinged.

Weinstein has brought multiple actions against the different branches of the military over religious issues since that time period.

In 2016, he filed a complaint with the United States Military Academy at West Point after a video was posted showing an Army football coach leading his team in prayer. 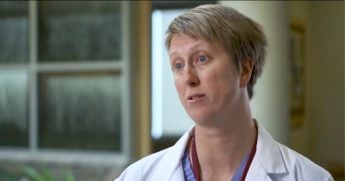 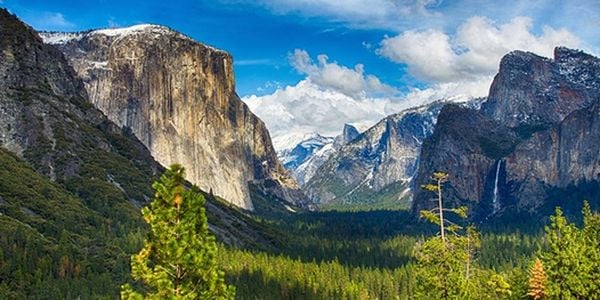 National parks are latest target of systemic-racism claim in America