Former Democratic presidential candidate Beto O'Rourke declared Texas gun laws are "not working" after armed volunteers at a church near Fort Worth prevented further carnage by shooting and killing a gunman during a service Sunday.

But it was a law that went into effect in September allowing congregants to be armed that apparently saved many lives. 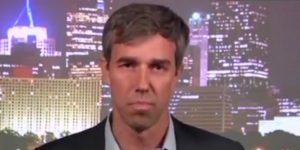 The current Democratic front-runner for the 2020 nomination, Joe Biden, criticized the Texas law when it was enacted in September. Senate Bill 535 was a response to the shooting at First Baptist Church in Sutherland Springs, Texas, in 2017 that took 26 lives. It allows licensed handgun owners to legally carry their weapons in houses of worship.

"Dealing with firearms, it is irrational, with all due respect to the governor of Texas, irrational what they are doing," Biden told reporters Sept. 2 at a campaign stop in Iowa.

The Democrat said "we're talking about loosening access to have guns, to be able to take them into places of worship, it’s just absolutely irrational. It’s totally irrational."

"I'm thankful our government has allowed us the opportunity to protect ourselves," he said.

Texas Department of Public Safety Director Joeff Williams confirmed the "citizens who were inside that church undoubtedly saved 242 other parishioners."

Ken Paxton, the Texas attorney general, said Monday that the volunteer security member who fatally shot the gunman is Jack Wilson, a former reserve deputy sheriff who currently serves as a firearms instructor.

The attorney general said two people killed by the gunman also were members of the church security team.

In a statement, Wilson said the "events at West Freeway Church of Christ put me in a position that I would hope no one would have to be in, but evil exists and I had to take out an active shooter in church."

"I am very sad in the loss of two dear friends and brothers in CHRIST, but evil does exist in this world and I and other members are not going to allow evil to succeed."

Wilson is running for county commissioner for Precinct 3 of Hood County, Texas, and the statement was posted on his campaign website.