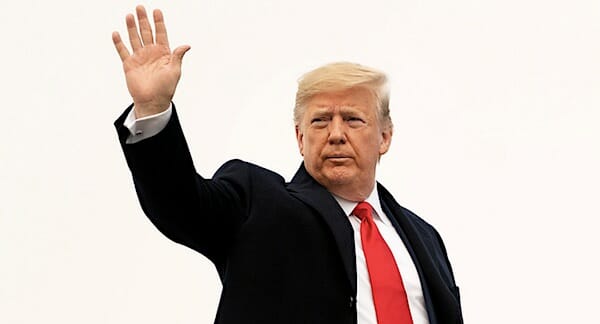 However, when the House Judiciary Committee passed articles of impeachment last week, the majority settled on vague charges of "abuse of power" and "contempt of Congress" regarding Trump's request that Ukraine "look into" alleged corruption by Joe and Hunter Biden.

"The evidence before the committee makes clear that the president solicited from the president of Ukraine a public announcement that he would undertake two politically motivated investigations," the Democrats allege.

Republicans, in an accompanying 18-page dissent led by ranking Judiciary Committee member Rep. Doug Collins, R-Ga., asserted the Democrats' "paltry" evidence is an "affront to the constitutional process of impeachment."

"If President Nixon's impeachment proceedings are the 'gold standard' for presidential impeachment inquiries, these proceedings, in stark contrast, will go down in history as the quintessential example of how such proceedings should not be conducted," Collins writes.

He charged the Democrats' articles of impeachment are "vague," "hyperbolic" and "misleading."

"While individual articles of impeachment have been passed against prior presidents that do not allege criminality, no president has been impeached solely on non-criminal accusations," Collins writes.

Meanwhile, President Trump's lawyer, Rudy Giuliani, says he garnered evidence on his recent trip to Ukraine showing Trump's concern about corruption by the Bidens was legitimate.

House Republicans also have presented evidence that Ukraine as well as Russia interfered in the 2016 election.

The Gateway Pundit blog commented that the charge of abuse of power "means nothing" and obstruction was "completely made up out of whole cloth."

"And now the Democrats are adding charges to their committee proposal," the Gateway Pundit said. "They are completely making this up as they go along from day to day! And the liberal Fake News media is right there with them!"

The Democrats said they couldn't wait for courts to rule on various subpoena challenges because it would be "impractical."

MORE: Democrats also say waiting from the courts to resolve subpoena disputes would be both impractical and contrary to the Constitution granting the House "sole power" over impeachment. Rather, disputes were meant to be resolved during the Senate trial. https://t.co/NNKdxpGXRs pic.twitter.com/mEMMXlpW1u

In their report, Democrats denied claims that their evidence rests on "hearsay, speculation, and presumptions."

There is plenty of direct and circumstantial evidence to support their contention of corruption they insisted.

The report explains the Democrats' case was assembled from statements by witnesses hand-picked by Rep. Adam Schiff, D-Calif., who insisted for more than two years that he had evidence that Trump colluded with Russia.