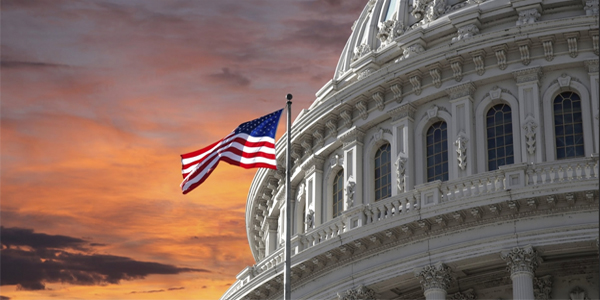 A coalition of Christian organizations is opposing a bill that purports to resolve the conflict between religious rights and new rights established by the Supreme Court's same-sex marriage ruling.

The Fairness for All Act, introduced by Rep. Chris Stewart, R-Utah, promises to "ban discrimination against LGBTQ people" and also "protect religious institutions that uphold traditional beliefs about marriage and sexuality."

"But does it?" asks the non-profit MinistryWatch.

John Stonestreet, president of the Colson Center for Christian Worldview, said the act "would enshrine into law something that simply is not true, and for Christians that's got to be a non-starter: that sexual orientation and gender identity are equal to race, that they are somehow immutable, something someone is born with."

LGBT activists have demanded Christian florists, photographers and bakers affirm same-sex marriage through their work, in violation of their faith. On one of many lawsuits, the U.S. Supreme Court scolded Colorado officials for hostility toward the Christian faith of baker Jack Phillips.

The Fairness for All Act is the result of several years of work "to bridge the divide between LGBTQ people and religious conservatives," MinistryWatch said.

The purpose of the bill is to offer an alternative to the Equality Act, which passed the House of Representatives in May but is blocked in the Senate and unlikely to come up for a vote any time soon, reported the Religion News Service.

But MinistryWatch explained that like the Equality Bill, Stewart's bill would expand federal laws that prohibit discrimination based on race, color and national origin to include sexual orientation and gender identity.

It apparently intends to include exceptions for faith groups.

Supporting the compromise are the Council for Christian Colleges and Universities, the Church of Jesus Christ of Latter-day Saints and the Seventh-day Adventist Church, the report said.

But opposition is coming from Concerned Women for America, the Ethics and Religious Liberty Commission, the Heritage Foundation, the Family Research Council and Mission America.

Mission America warned: "Appeasement didn't work for Chick fil-A and it never deters sexual radicals. So why are some Republicans going down this road?"

Mission America said "homosexual bullying groups like the Human Rights Campaign love this, and thinking people, conservatives and Christians see it as a public health, moral and societal disaster."

"None of us should support any measure that installs homosexuality and gender rebellion as 'protected' behaviors under federal civil rights law. This is an irrational, society-destroying notion that no Christian should ever believe falls under 'loving your neighbor' as the proponents of the bill claim. It legitimizes not only God-dishonoring personal behavior, but a reckless and vicious movement that has proven it has no tolerance or respect for others, including children," the report said.

"When are we going to wake up and understand how the 'LGBTQ' movement is destroying the lives of America’s young? Can someone please educate the bill's sponsor, Chris Stewart, R-Utah, as well as co-sponsors Dave Joyce, R-Ohio, and others, about the chaos this movement is unleashing in the lives of children who are being raised to believe, erroneously, that some people are born 'gay' or born with an opposite sex brain?" Mission America said.