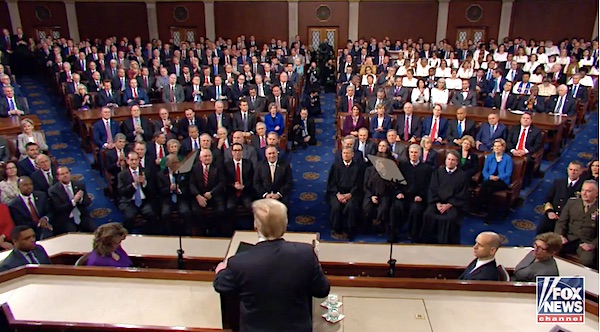 Since becoming Alabama's first Democratic U.S. senator in 25 years, Doug Jones has been carefully balancing his progressive views with the wishes of his state's conservative voters.

Now, facing re-election in 2020, he could break with his party and vote to acquit the president, reports NBC News. 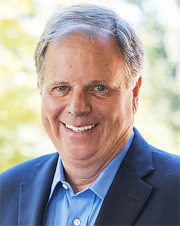 Sessions, the former Alabama senator and attorney general under Trump, and Tuberville both lead Jones in polls.

Significantly, 54% of Alabama voters oppose impeachment while 39% favor it, according to a JMC Analytics poll.

NBC News' interviews with two dozen state residents show Jones risks alienating at least part of his Democratic base if he votes to acquit Trump. And many Republicans will not back him regardless of his vote in the Senate trial.

Jones says he's undecided, seeing merits in the arguments both for and against conviction.

"I'm trying to see if the dots get connected," Jones recently told ABC's "This Week." "If that is the case, then ... I think it's an impeachable matter. But if those dots aren't connected and there are other explanations that I think are consistent with innocence, I will go that way, too."

Senate Majority Leader Mitch McConnell, R-Ky., said in a Fox News interview earlier this month that it "wouldn't surprise me if we got one or two Democrats."

Jones supports abortion rights, "LGBTQ equality" and gun control while voting to support Trump's position on Senate bills 34.5% of the time, the sixth most among Democratic senators, according to FiveThirtyEight.com's vote tracker.

Trump, meanwhile, has a 59% approval rating among Alabama voters, according to a Morning Consult poll in November. Jones' job approval, according to the same pollster was just 41% from July through September.

'Targets are there for the Democrats'

With Republicans holding 53 seats to 47 for the Democrats, Trump is expected to be acquitted on two articles of impeachment. The Constitution requires 67 votes to convict.

However, along with Jones, a handful of Republican senators in Democratic-leaning states, including Cory Gardner of Colorado and Susan Collins of Maine, are carefully considering their votes, Bloomberg reports.

In Colorado, Democrats have recruited former Gov. John Hickenlooper to run against Gardner.

"I'd still rather be the Republicans than the Democrats in the race for Senate control, but the targets are there for the Democrats,” Kyle Kondik, managing editor of Larry Sabato's Crystal Ball election forecast at the University of Virginia, told Bloomberg.