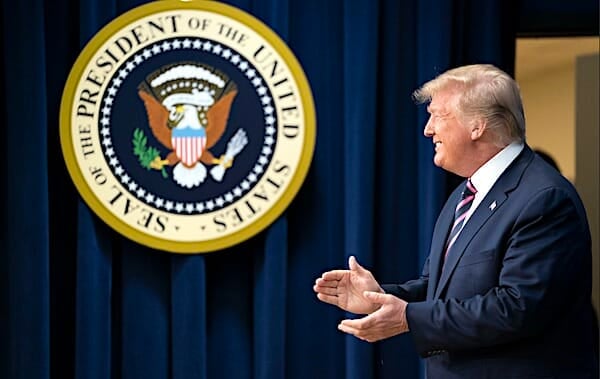 A constitutional scholar called as a witness by the Democrats in their impeachment inquiry warned Thursday that if the House doesn't formally send the articles it passed this week to the Senate, President Trump will not be impeached.

Noah R. Feldman said it could be a "serious problem" if the articles remain in limbo, the Washington Times reported.

"Impeachment as contemplated by the Constitution does not consist merely of the vote by the House, but of the process of sending the articles to the Senate for trial," Feldman, a law professor at Harvard, wrote in an editorial for Bloomberg.

Lawyers close to President Trump also have argued that House Speaker Nancy Pelosi's delay in sending articles of impeachment to the Senate could mean the president hasn't actually been impeached.

Feldman wrote that if the House "does not communicate its impeachment to the Senate, it hasn’t actually impeached the president."

"If the articles are not transmitted, Trump could legitimately say that he wasn’t truly impeached at all," Feldman wrote.

He concluded that it's probably not the message congressional Democrats are hoping to send.

Feldman declared in the first public impeachment hearing held this month by the House Judiciary Committee on Dec. 4 that Trump "committed impeachable high crimes and misdemeanors by corruptly abusing the office of the presidency."

The House voted Wednesday on partisan lines to pass articles of impeachment against Trump for alleged abuse of power and obstruction of Congress.