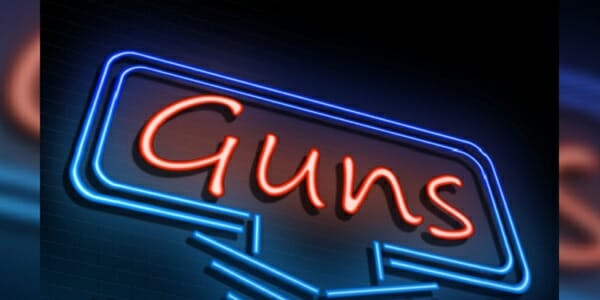 Since taking power in the legislature, Virginia Democrats have proposed restrictive gun controls.

But the majority Democrats aren't worried.

Led by Democratic Gov. Ralph Northam, they threatened "consequences" for those who resist.

Lawmakers have gone even further, warning that local police "who do not enforce gun control measures" from the statehouse "should face prosecution and even threats of the National Guard."

That's how a quid pro quo works, according to a constitutional rights organization.

"After weeks of rhetoric about alleged 'quid pro quo' efforts by President Donald Trump to force the Ukraine government to investigate a political rival or risk losing U.S. aid, it is dumbfounding that a Virginia lawmaker would suggest essentially the same thing," said Alan Gottlieb, chairman of the Citizens Committee for the Right to Keep and Bear Arms.

He cited a threat to withhold state funds from "Second Amendment Sanctuary" counties," describing it as "practicing world-class hypocrisy."

The Washington Examiner reported state Rep. Donald McEachin has "suggested cutting off state funds to counties that do not comply with any gun control measures that pass in Richmond."

"Anti-gun Democrats can call that anything they want," Gottlieb said, "but it equates to the kind of political blackmail their Capitol Hill colleagues have accused Trump of committing. Apparently, strong-arm coercion is okay so long as it's a Democrat who's doing it."

Democrats spent weeks accusing Trump of a quid pro quo in his conversation with Ukrainian officials. But they later changed the charge to "bribery" because it poll-tested better.

In the articles of impeachment the House now is considering, neither quid pro quo nor bribery is cited.

Already, 78 Virginia counties, the CCRKBA said, have adopted the sanctuary resolutions. The report said that is "infuriating incoming Democrats who are threatening to pass all kinds of restrictive gun control measures in 2020."

"These anti-rights extremists aren't even trying to disguise their intentions anymore," Gottlieb stated. "What was once the party of gun control has become the party of gun confiscation and social bigotry. Where they were once apprehensive about gun control, now they are arrogant. They despise gun owners and they're determined to reduce a constitutional right to a heavily regulated privilege. They will punish anyone who stands in their way."

Democrats in Richmond are considering bans on what they call "assault weapons" and magazine capacities.

After Democrats took the majority in the legislature, legal firearm owners in the state joined with sheriffs to form Second Amendment sanctuary counties.

They declare the authorities in these jurisdictions will uphold the Second Amendment in the face of any gun control measure passed by Richmond.

The Examiner reported McEachin wants state funds cut off to counties "that do not comply with any gun control measures that pass in Richmond."

He threatened, "They're going to lose money."

He also warned that Northam could call the National Guard.