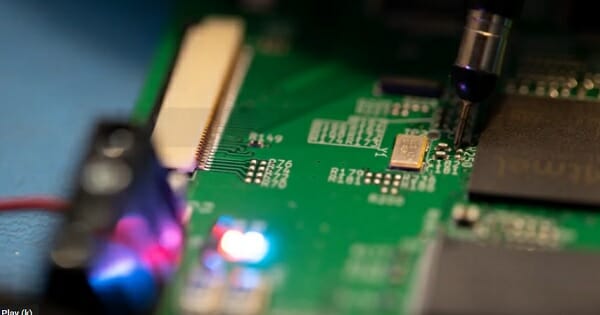 An engineer is suing Arizona for barring him from doing business without the approval of bureaucrats.

The Institute for Justice is in court on behalf of Greg Mills, who has "spent his entire career working as an engineer designing and building electronics."

Until this year, when "a group of industry insiders sitting on a government board abruptly put Greg's career on ice."

"After years of climbing the ranks within Phoenix-area tech and aerospace companies, he decided to set out on his own and started Southwest Engineering Concepts ('SOENCO'), an engineering consulting firm building circuits for small businesses and startups. For more than a decade, SOENCO was a success. But in May, government regulators from the Arizona Board of Technical Registration (ABTR) threatened to shut Greg down and impose thousands of dollars in fines – and maybe even jail time – all because they said Greg didn't have a professional engineering license."

The board requires that anyone described as an engineer must get a license from the state. And that requires getting a job as an apprentice to a state-licensed engineer and spending eight years there.

"Depriving someone of their right to earn an honest living violates the Arizona Constitution, which is why Greg has partnered with the Institute for Justice, a nonprofit public interest law firm, to file a lawsuit challenging the ABTR's ability to regulate any and all engineering activity," IJ said. "The lawsuit, filed in state court, seeks to protect Greg's right to call himself an engineer, as well as his right to continue to design, analyze, test and build circuit prototypes."

Paul Avelar, the managing attorney for IJ's Arizona branch, said: "The board's definition of engineering is so vague that nearly anyone designing or building anything in Arizona could conceivably require a burdensome and unnecessary license. Practically no one in Arizona who has built something is outside the reach of the board’s claim of broad regulatory powers."

Part of the problem is the red tape and fine print.

IJ explained: "Neither Greg nor any of the other thousands of engineers in Arizona must have a license to be an engineer working in the manufacturing industry. Arizona's engineering licensing law has an exception allowing unlicensed engineers to work full-time for any company that manufactures products. But since SOENCO only makes prototypes, not final products, and Greg only consults with his clients, rather than work for them full time, Greg does not qualify for the exception.

Institute for Justice Constitutional Law Fellow Adam Griffin said Mills "could legally do all this work if his clients hired him full time, but not if he wants to be a part-time consultant."

Mills pointed out there are satellites in space using circuits he designed.

"And yet Arizona says I can’t design something as simple as a flashlight or a battery-powered misting system without getting a useless license," he said.

His complaint contends the state constitution protects his right to call himself an engineer and continue the work he's done for more than 30 years without permission from the state.

See a video on Mills' case: