The presiding judge of the top-secret FISA court made the unusual move this week of rebuking the Obama FBI for serious abuses in its efforts to obtain warrants to spy on the Trump campaign in 2016.

But Judge Rosemary Collyer received two letters in 2018 with some of the same key evidence provided by Justice Department Inspector General Michael Horowitz and ignored it, points out the Wall Street Journal's Kim Strassel. 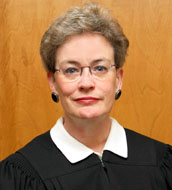 Collyer's four-page rebuke Tuesday charged the FBI misled the court by providing "unsupported or contradicted" information and by withholding exculpatory details about Trump campaign adviser Carter Page. She gave the FBI until Jan. 10 to tell her what corrective measures it will take.

But on Feb. 7, 2018, Devin Nunes, then chairman of the House Intelligence Committee, informed Collyer of his panel's finding that the FBI and Justice Department "failed to disclose the specific political actors paying for uncorroborated information" that went to the court.

Further, the Obama administration "misled the FISC regarding dissemination of this information" and "failed to correct these errors in the subsequent renewals."

Nunes asked the court for any transcripts of hearings about the application.

Strassel notes that Collyer responded a week later with a dismissive letter that made no reference to the findings, and she said she couldn't help him with any transcripts.

The then-chairman also pointed out that "significant relevant information was not disclosed to the Court."

Nunes asked Collyer to "initiate a thorough investigation" and later that month provided her with "a classified summary of Congress's findings and facts."

But Collyer blew him off again in a June 15, 2018, reply letter that is only four lines long, thanking him for his "interest" in the court.

At the very least, Strassel wrote, the court had an obligation to demand answers from the FBI and the Justice Department.

But the court didn't because it didn't want to know, she said, noting that one the "biggest criticisms of the FISA court since its inception is that it is a rubber stamp for law enforcement."

"The Carter application made clear the FBI was asking to spy on a U.S. citizen associated with a presidential candidate," wrote Strassel. "And the court was provided a footnote indicating political operators were involved in producing the allegations."

After the Horowitz report, Strassel reasoned, the court had no choice but to respond.

"It's predictably pointing fingers at the FBI, but the court should itself account for its failure to provide more scrutiny, and its refusal to act when Mr. Nunes first exposed the problem," she said. "The FBI is far from alone in this disgrace.

Meanwhile, Collyer, will step down early as presiding FISA judge, the New York Times reported, citing health issues. Judge James Boasberg, who was appointed by President Obama, will take over the role in January. Collyer's term ends in March.