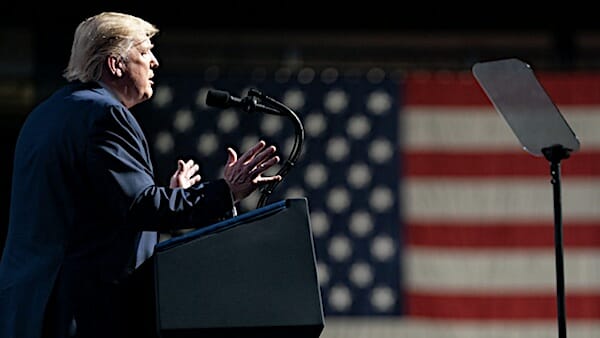 WEST PALM BEACH, Florida -- In an effort to confound his political opponents even more, President Trump urged his supporters this weekend to start chanting "16 more years" instead of "four more years," and he also identified one American group as "the dumbest human beings on Earth."

Trump was in West Palm Beach Saturday night, addressing Turning Point USA, which bills itself as a student movement for freedom, free markets and limited government. 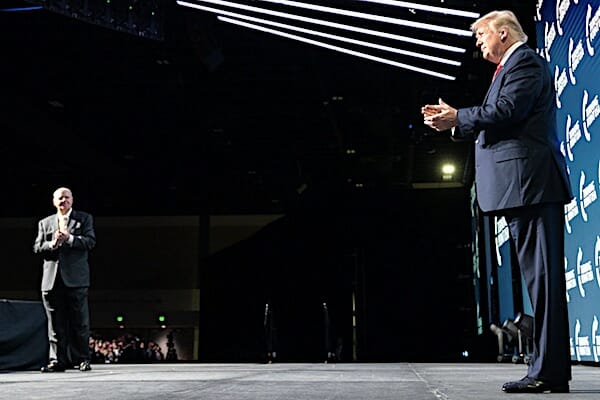 After being introduced by fellow Palm Beacher and radio giant Rush Limbaugh, Trump launched a stinging attack on the political left for their non-stop efforts to remove him from office since his election in 2016.

"They perpetrated the Russia hoax -- the biggest lie ever told to the American public -- and they encouraged an unelected group of bureaucrats to thwart the will of the American voters," Trump said.

"Our opponents have spent every waking minute of the last three years trying to overthrow the election of 2016, and, at a minimum, to sabotage the election of 2020. That's not going to happen. We're not going let it happen. And if it did happen and if they were successful, they will destroy this country. Remember that: They will destroy this country. And that’s why it’s more important than ever to drain the swamp, and we're doing that."

Trump's assault on the so-called Deep State continued as he identified "sick" Republicans who oppose him as "the dumbest human beings on Earth." 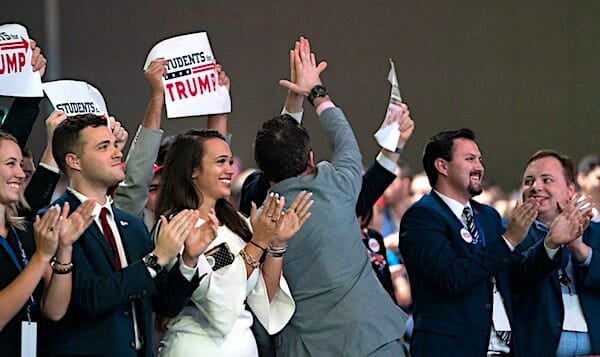 Despite everything the failed ruling class has thrown at us — and don’t forget, when I came here, I didn’t have great experience. I mean, I learned quickly. I’ve been a very good spokesman. ... But we went through eight years of Clinton, eight years of Bush, eight years of Obama.

If it was Jim Smith, President of the United States, they'll say he's the greatest president that ever lived. But with me, they can't get over it. But there, fortunately, aren't too many of them left. But they are sick people. There's no question about it." 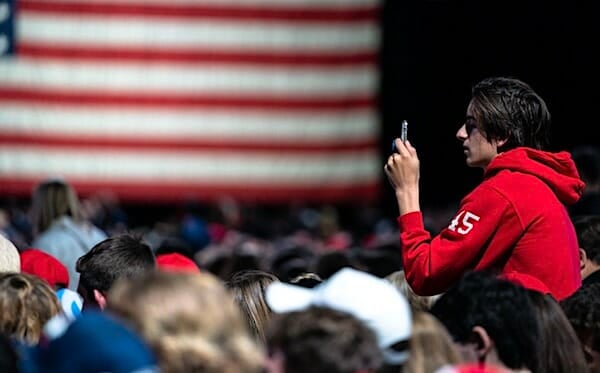 A member of the audience stands to take a photo of President Donald J. Trump as he addresses his remarks in West Palm Beach, Florida. (Official White House photo by Shealah Craighead)

Trump also took shots at Congress and the national news media for their incessant drumbeat to oust him, saying: "Endless congressional investigations — but think of it. Hundreds of people, interviewing everybody ... and they found nothing. The Mueller report came out; it was a total dud. After two and a half years, they have a baseless impeachment, millions of pages of fake-news propaganda -- because the news was totally on their side. "It's a Democrat -- it's part of the Democrat Party. It's a wing; the media is a wing of the Democrat Party.

"And all of the Washington powers -- they were all arrayed against us. They're losing. We're winning. And we're succeeding in our mission to make America great again."

Time to declare independence – this time from Communist China