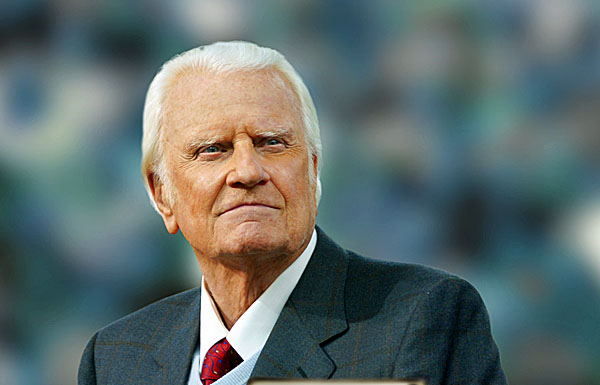 He said he needed to reveal that fact because of an editorial by the prominent evangelical magazine his late father founded, Christianity Today, calling for Trump to be removed from office.

On Facebook, Franklin Graham, the CEO of the Billy Graham Evangelistic Association and Samaritan's Purse, wrote:

Christianity Today released an editorial stating that President Trump should be removed from office – and they invoked my father’s name (I suppose to try to bring legitimacy to their statements), so I feel it is important for me to respond.

Yes, my father Billy Graham founded Christianity Today; but no, he would not agree with their opinion piece. In fact, he would be very disappointed. I have not previously shared who my father voted for in the past election, but because of this article, I feel it is necessary to share it now. My father knew Donald Trump, he believed in Donald Trump, and he voted for Donald Trump. He believed that Donald J. Trump was the man for this hour in history for our nation," he said.

Is President Trump guilty of sin? Of course he is, as were all past presidents and as each one of us are, including myself. Therefore, let’s pray for the president as he continues to lead the affairs of our nation.

The editorial by Christianity Today's editor in chief, Mark Galli, said the magazine feels "it necessary from time to time to make our own opinions on political matters clear – always, as [Billy] Graham encouraged us, doing so with both conviction and love."

"Let’s grant this to the president: The Democrats have had it out for him from day one, and therefore nearly everything they do is under a cloud of partisan suspicion. This has led many to suspect not only motives but facts in these recent impeachment hearings. And, no, Mr. Trump did not have a serious opportunity to offer his side of the story in the House hearings on impeachment.

"But the facts in this instance are unambiguous: The president of the United States attempted to use his political power to coerce a foreign leader to harass and discredit one of the president's political opponents. That is not only a violation of the Constitution; more importantly, it is profoundly immoral."

The White House and the president's defenders, however, point out that witnesses for the Democrats acknowledged that Hunter Biden's profiting from a corrupt Ukrainian gas company while his father was the point man for Ukraine policy was an apparent conflict of interest. Trump asked Ukraine President Volodymyr Zelensky to "look into" the matter and other evidence of corruption in Ukraine by cooperating with Attorney General William Barr and his investigation of the origins of the Obama administration's probe of the Trump campaign during the 2016 election.

Galli wrote that whether Trump "should be removed from office by the Senate or by popular vote next election – that is a matter of prudential judgment."

"That he should be removed, we believe, is not a matter of partisan loyalties but loyalty to the Creator of the Ten Commandments," he wrote.

"To use an old cliché, it’s time to call a spade a spade, to say that no matter how many hands we win in this political poker game, we are playing with a stacked deck of gross immorality and ethical incompetence."