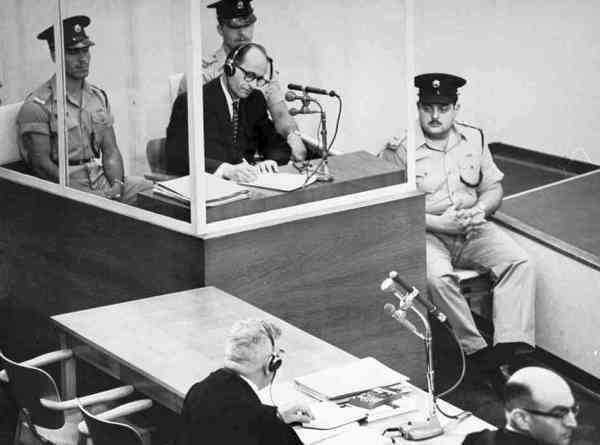 Adolph Eichmann at trial in Jerusalem after Mossad capture

The Israeli intelligence agencies long have had a record of succeeding in what they do, whether fighting terror or tracking down fleeing criminals.

One such case rocked the world, back in 1960, when the Israeli agency Mossad tracked down Nazi Adolf Eichmann in Argentina and physically hauled him back to Israel where he was tried and executed.

Those agents long have established a record of defending their own country against terror.

But now they're being credited with helping fight terror all around the world.

According to a report from the Investigative Project on Terrorism, Denmark authorities recently foiled several jihadi attacks and arrested 20 suspects.

That same week, "two brothers were sentenced to long prison terms in Australia after planning to down a commercial airplane on behalf of the Islamic State group," the report said.

There was a link between the actions, the IPT report said.

"Israel's intelligence services reportedly played an integral role in stifling the mass-casualty plots. Denmark and Australia join a long list of countries that relied on Israeli intelligence to prevent serious violence around the world," the report said.

Regarding the cases in Denmark, reports explained that Mossad "helped Danish authorities prevent attacks shortly before they were to be executed. Prosecutors allege that two of the suspects tried to purchase guns and ammunition 'to be used in connection with one or several terror attacks in Denmark or abroad.' The Copenhagen City Court also ordered two other suspects remain imprisoned for allegedly attempting to build several explosive devices."

The work is daily for Israelis.

Significantly, "Israel diverts much of its intelligence capabilities outward, to help its allies and partners abroad," the report said.

Military intel agents there also have been credited with intercepting communications from a senior Islamic State official, and Prime Minister Benjamin Netanyahu confirmed his country has helped stop terror attacks in "dozens" of countries.