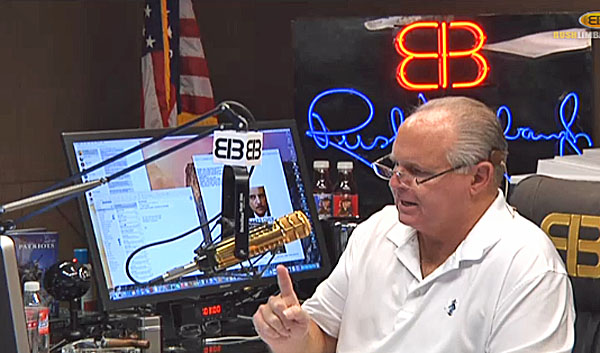 Democratic senators on Wednesday made sure the nation knows that "there was political bias, there was personal hatred bias" in the FBI's abuse of the FISA system to investigate the Trump campaign during the 2016 presidential race.

They're "making it obvious here by harping on it."

His investigation found 17 "significant errors or omissions" by the Obama administration in its probe of the Trump campaign in 2016. He also said he found no "documentary or testimonial evidence of bias" in the decision to open the probe.

"So [Sen.] Lindsey Graham was great in his opening statement exposing all of this. Then it got to questioning of Horowitz. 'I think, well, there’s no bias, no documentary evidence, poor Carter Page, well, we didn’t find, no, ruh, ruh.'

"Dianne Feinstein asked one question 10 times. 'You didn’t find any political bias in any aspect of the –' 'Well, we didn’t find any documentary testimonial evidence.' And then Pat Leahy, Senator 'Leaky' Leahy, gets to his turn. It's obvious that they're trying to create a series of sound bites for the Drive-By Media that say there was no bias whatsoever in the beginning or the decision to begin the investigation into Trump-Russia collusion," Limbaugh explained.

"They're going overboard on it. They're making it obvious that there was political and other kinds of bias. There was political bias, there was personal hatred bias, and they're making it obvious here by harping on it. I mean, Feinstein must have asked Horowitz four or five different times the same question, and he delivers the same dry, dull, boring answer. 'Yes, we found no evidence of any documentary or testimonial bias.' And all that means is that nobody admitted to it," he said.

There was political bias, he said, because it was "delivered to the FISA court in the form of the Clinton campaign's hit job known as the Steele dossier."

"The FBI knew where it came from. The FBI knew it was garbage, as Lindsey Graham has specified and has made clear. And there's no reason to knowingly use something that's garbage unless you've got bias driving you. It is paramountly obvious that bias is what drove this. They know it, the Democrats know it, and the Drive-By Media know it. That’s why this constant harping on the fact that there was no bias."

He said the story is collapsing.

"They know they've been caught, folks. They know they've been damned because outside of that, everything in this report is an indictment. And even Horowitz said today that there's not a single person vindicated in this operation. He was asked this question about [fired FBI chief James] Comey specifically."

Graham noted Comey "said this week that your report vindicates him."

"Is that a fair assessment of your report?"

To which Horowitz responded, "I think the activities we found here don’t vindicate anybody who touched this."

Limbaugh pointed out the evidence shows that when the FBI suspected Russians may have had something to do with hacking Hillary Clinton's campaign, agents briefed her.

"There's nothing but bias in this entire investigation, a bias that derives from personal, raw hatred for Donald Trump," he said.

Horowitz, Limbaugh said, admitted the FBI should have told the FISA court "the known political biases of an ex-British spy whose salacious and unverified dossier was used to obtain a wiretap on a key Trump campaign aide."