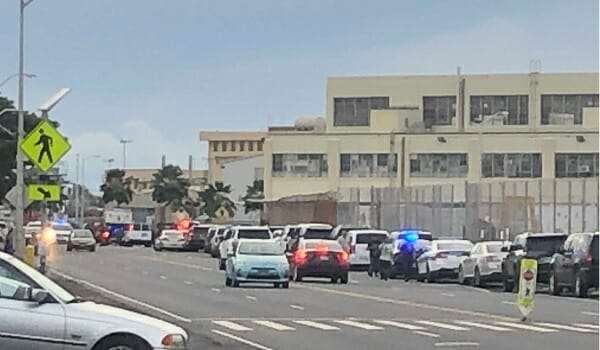 Three hours after mass shooting attack at Pearl Harbor Naval Base,
investigators were still on the scene. (WND photo)

Two civilian shipyard workers there were killed by a U.S. sailor. In the immediate aftermath of the shooting, reports Hawaii News Now, a PA system urged everyone on base to take cover.

A WND source on the scene during the incident, who communicated while "sheltering in place," said a car "stormed through Nimitz gate and security forces." The shooter "eventually committed suicide," the WND source added.

Rear Adm. Robert Chadwick later confirmed to reporters that the shooter had killed himself, adding that a third civilian shipyard employee was wounded and has been hospitalized in stable condition.

Chadwick said the shooter committed suicide after shooting the three employees near Shipyard Drydock 2, where nuclear submarines are maintained.

As of publication, an "All Clear" designation has been given for the base.

Pearl Harbor is the home of the U.S. Pacific Fleet. This Saturday will mark the 78th anniversary of Japan's attack on Pearl Harbor that brought America into WWII. 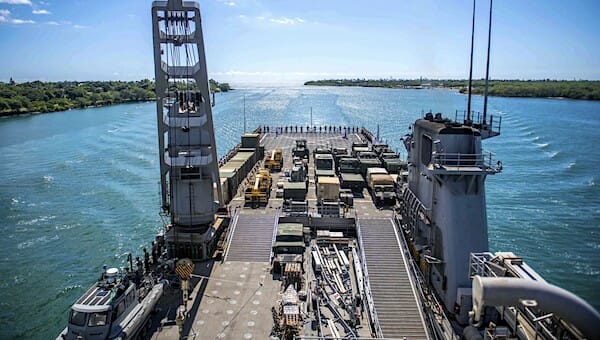