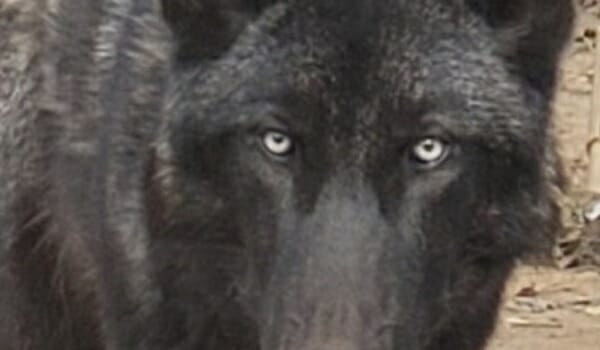 Now, there really is a wolf named McQuade."

Norris and his wife, Gena, gave the name to a wolf in residence at the Saint Francis Wolf Sanctuary in Texas.

"This rescued black phase grey wolf pup is just seven months old and is already capturing the hearts of many, including local actor, martial artist, and all-around Texas icon – CHUCK NORRIS! Norris and his wife, Gena, have been awarded the honor of naming McQuade and have dubbed him after the 1983 film 'Lone Wolf McQuade' starring Norris," said a statement by the non-profit sanctuary.

The organization said the public can meet McQuade and the 11 other pack members if they take a tour.

The local Community Impact reported the sanctuary cares for wolves and wolfdog hybrids and currently is developing a new facility in Navasota, Texas.

"I am happy to visit this one-of-a-kind place dedicated to protecting these magnificent animals," the actor said in a statement released by the group.

The Norris image was highlighted when Glock, the gun maker that confidently explains it is driven "by a commitment to perfection, relentless innovation and disciplined precision," needed a spokesman.

The company said, "The parallels between Glock and Norris deliver an authentic, fun and legendary alignment of brands."

Norris certainly is familiar with firearms, as attested by the "Chuck Norris Facts" that circulate the internet.

And then there's "faster than a speeding bullet" is a Chuck Norris warm-up.

"Having him represent the Glock brand brings two iconic names together that are mutually committed to perfection and their fan base. We couldn’t be more excited about this partnership."

Norris has built a reputation with fictional "facts." But he's also had real-life impacts. A political-science professor, Francis Dupuis-Déri, filed the protest with authorities against nine police officers who were patrolling streets in Quebec City when the G7 summit was held.

Norris' response was doing the splits between two flying jets.

Norris also downplays the notion that he's some sort of superman.

His toughness is matched by that of his wife, Gena Norris.

The couple told of her years-long and multi-million dollar fight for life when she was poisoned during a series of routine MRI tests.