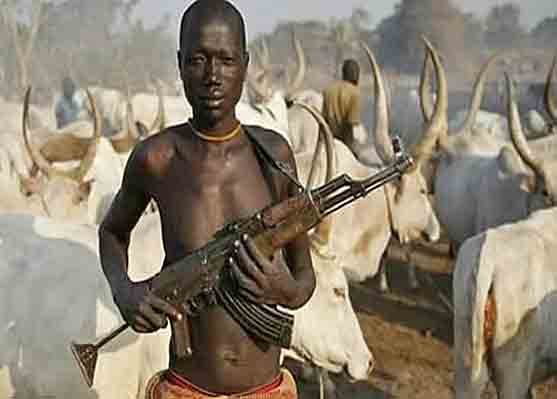 More than 1,000 Christians have been murdered by Islamic militia in Nigeria within the last year and more than 6,000 since 2015.

It's the key finding of a new report, "Your Land or Your Blood," from the Humanitarian Aid Relief Trust, according to the Church Times.

The report was presented at the International Organisation for Peace and Social Justice crisis conference in London last month.

The founder of HART, Baroness Caroline Cox, said the perpetrators are Muslim Fulani herdsmen who "seek to replace diversity and difference with an Islamist ideology which is imposed with violence on those who refuse to comply. It is – according to the Nigerian House of Representatives – genocide."

One pastor, not identified in the report, said: "Every day we carry new corpses to the cemetery. They kill farmers. They destroy our homes and churches. They kidnap and rape women."

Cox said the U.K.'s Foreign Office should be working to "ensure the Nigerian government takes effective action to protect all its citizens and call to account those who perpetrate atrocities."

The report said: "Since January, there have been five serious attacks in Kaduna State, in the center of the country, resulting in an estimated 500 deaths. There were at least another five attacks in the counties of Bassa and Riyom, and more in Taraba State. The militant Islamist group Boko Haram remains in power around the Chad border region, including parts of Borno State in the north."

The Fulani are a nomadic ethnic group of about 20 million across 20 countries in west and central Africa.

"The terrorist group was listed as the fourth most deadly in the Global Terrorism Index in 2016 and 2017," the Times report said.

"While the underlying causes of violence are complex, the asymmetry and escalation of attacks by well-armed Fulani militia upon predominantly Christian communities is stark, and must be acknowledged," Cox said.

"It is too simplistic to label these atrocities as driven by desertification, climate change, or competition for resources," she said. "Unless the U.K. and Nigerian governments are willing to address the massacre's ideological roots, they will never be able to help the innocent victims being slaughtered on the killing fields of Plateau, Benue, Taraba, southern Kaduna, and parts of Bauchi."