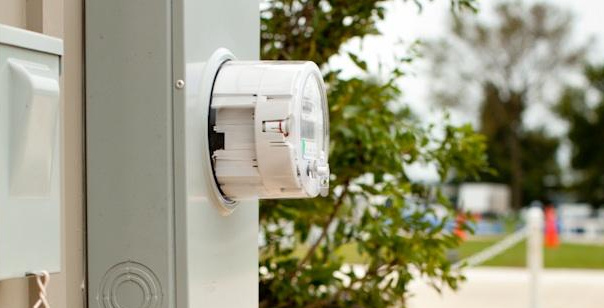 Smart meters are a big deal with utility companies. They install them and then collect all sorts of information about their customers, often reselling it for a profit.

The American Civil Liberties Union has opposed them, explaining, "The temptation to use the information that will be collected from customers for something other than managing electrical loads will be strong – as it has been for cell phone tracking data and GPS information.

"Police may want to know your general comings and goings or whether you’re growing marijuana in your basement under grow lights. Advertisers will want the information to sell you a new washing machine to replace the energy hog you got as a wedding present 20 years ago. Information flowing in a smart grid will become more and more 'granular' as the system develops."

Usually, consumers have no choice. They can't tell their utility they're going to buy power elsewhere.

According to Mike Maharrey at the Tenth Amendment Center, a bill has been proposed in the New Jersey Assembly to give utility customers in the state the ability to opt out.

"Passage of this bill would enable New Jersey residents to protect their own privacy, and it would take a step toward blocking a federal program in effect," his report said.

Three members of the legislature have proposed Assembly Bill 5884.

"Smart meters monitor home energy usage in minute detail in real-time. The devices transmit data to the utility company where it gets stored in databases. Anybody with access to the data can download it for analysts. Without specific criteria limiting access to the data, these devices create significant privacy issues. Smart meters can also be used to remotely limit power usage during peak hours," the report said.

"A5884 would require utility companies to provide written notice to customers at least 90 days before installing a smart meter. Customers would have an option to decline the installation of a smart meter within 30 after receiving written notice with no fee or penalty. Customers declining installation after 30 days but not later than 90 days after the notice could be charged a fee of no more than $100," the report said.

The issues are well known.

"The proliferation of smart meters creates significant privacy concerns. The data collected can tell anybody who holds it a great deal about what goes on inside a home. It can reveal when residents are at home, asleep or on vacation. It can also pinpoint 'unusual' energy use, and could someday serve to help enforce 'energy usage' regulations."

In reality, the report said, citing the California ACLU, "utility companies in the state have disclosed information gathered by smart meters on thousands of customers. San Diego Gas and Electric alone disclosed data on more than 4,000 customers. The vast majority of disclosures were in response to subpoenas by government agencies 'often in drug enforcement cases or efforts to find specific individuals.'"

Explained Maharrey: "Refusing to allow a smart meter on your property is the only sure-fire way to ensure your energy use data won’t fall into the hands of government agents or private marketers, or end up stored in some kind of government database. Passage of A5884 would make opting out a legal option for New Jerseyites and give them control over their own privacy."