Only two years after newborn Paul Fronczak was stolen from his parents in a Chicago hospital in 1964, authorities determined an abandoned boy in New Jersey was the abducted baby so the Fronczak's raised the abandoned boy as their own.

In 2013, however, modern genetic tests showed that the boy thought to be Paul Fronczak wasn't. Now, nearly 55 years after the abduction, investigators have reportedly identified the true Paul Fronczak.

While 28-year-old Dora Fronczak and her husband Chester, 33, were basking in the joy of welcoming their 2-day-old son to the world in 1964, the unthinkable happened.

A woman -- posed as a maternity-ward nurse -- walked into the family's hospital room, claimed the doctor wanted to examine Paul and vanished.

The abduction gripped the country and both local and federal authorities spent tireless hours combing through Chicago in search of the stolen child. 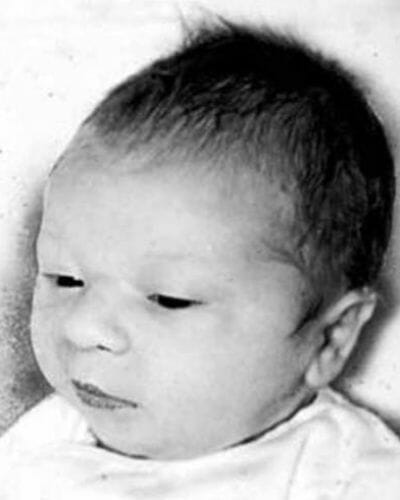 The only picture of the Fronczaks' infant before he was abducted from a Chicago hospital in 1964. (NamUs)

Only two weeks after the heartbreaking event, Chester told The Associated Press that he and his wife were holding onto hope that their son was still alive and was being kept safe.

“We’re not bitter, we’re not angry,” the father said. “Our hearts are too full for feelings like that.”

Dora said faith and prayers from others across the country helped fuel their hope.

“Everyone has so much faith that God will return the baby," she said. "With so many prayers, so much faith, I think that must help.”

Two years later, the couple thought those prayers had finally been answered.

An abandoned boy was found in New Jersey and at the time, authorities believed that he was the Fronczak's missing son because his ears were shaped like those of baby Paul.

According to WGN-TV, newspapers at the time quoted Dora saying, "That’s my baby, it’s Paul!"

The couple eventually adopted the young boy and raised him as Paul Fronczak.

When he was 10 years old, however, he found a pile of newspapers that revealed his family's past.

From unnerving unsolved murder cases to heartbreaking missing child cases, authorities have been able to input DNA collected decades ago into genetic databases to make connections never possible before.

Nearly 47 years after Paul Fronczak was found in New Jersey, he decided to take a genetic test.

The results shattered his world: He wasn't his adoptive parents' biological son.

"I felt the color drain from my face and I started thinking about all these things that everyone takes for granted, like when your birthday, how old you are, who your mom and dad is," he said, according to CBS News.

The discovery sadly caused a rift between Paul and his adoptive parents, but he continued to dig and try to find answers.

He wasn't only curious about his biological family, but also about his parents' kidnapped child.

"My mom took it like I wanted to find new parents, I wasn’t happy with them," he continued, "but that couldn’t be further from the truth. My parents are amazing parents. They made me who I am, and I wanted to do the best I could and that would be to find their real son.”

Paul sought the help of genealogist CeCe Moore to find answers to his mountain of questions.

Moore uploaded a close relative of the Fronczak's biological son to several different genetic databases, such as Ancesty.com, 23andme.com, MyHeritage.com and FamilyTreeDNA.com, according to The Associated Press.

After nearly four years of waiting, they finally received a notification of a match to a man living in Michigan.

The FBI is still investigating the case and the circumstances surrounding the 1964 abduction.

FBI officials reportedly confirmed to WGN that the man in Michigan is the Fronczaks' missing son.