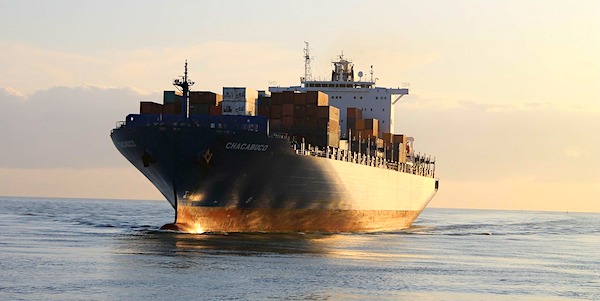 Free trade not only encourages outsourcing and the loss of U.S. jobs, but it also causes many social costs to our nation and its people. To end the outsourcing of American jobs to foreign countries and the resulting social costs, we must end our obsession with free trade.

Free traders think we may save money as consumers and as a nation by pursuing free trade and therefore encouraging the outsourcing of American manufacturing. However, when we encourage the transfer of value-added production to other countries, we diminish our income, wealth, tax revenues, standards of living, and investment capital, all to our great detriment.

We also commit to taxpayer payouts for unemployment insurance, welfare, and job retraining for Americans we have intentionally put in unemployment lines so that those of us who are still employed can (supposedly) buy imported goods for cheaper.

Consumers may save money now by buying Chinese-made toys, shoes, apparel, and the like. However, they are simultaneously cutting the lifespan of Social Security – and therefore future benefits for themselves – by not buying goods from American producers. Foreign producers don't pay taxes to America for the benefit of any taxpayer-funded program popular with the American people.

Free traders and most multi-national corporations do not like import tariffs. Why? Because it is in their economic interest to have goods imported from abroad as cheaply as possible. They apparently don't care that workers in foreign countries don't pay taxes to America to support the benefits that they want and enjoy.

These benefits include an educated citizenry, Social Security, Medicare, national defense, space exploration, fire and police protection, and easy access to our courts and legal system. Additional benefits are a sound and adequate infrastructure, which Congress is trying to figure out how to fund (as of this writing), like bridges, airports, roads, highways, parks, dams, and water systems.

Through our obsession with free trade, we have dismantled America's wealth- and tax-generating industries by sending production offshore when they are needed most to help pay our national debt. Our standards of living, along with workers' wages, have subsequently been stagnant or in decline for decades (until recently when we began to resurrect tariffs again) for the average American. Our trade deficits with multiple countries are responsible for an endless list of social and economic calamities for which advocates of a global economy have no solution, except for a return to free trade.

When American workers lose their jobs because of foolish free-trade policies, which are the root cause of many of the social problems and challenges we face today, they end up in unemployment lines, and their families experience unnecessary financial stress. The divorce rate increases, and children pay the price of being in a family with no breadwinner.

Then more kids experience the turmoil between their parents over financial issues, as it increasingly takes two parents working to make ends meet. Parents have less time to pay attention to their children, kids' lives get upended, depriving them of a stable home, increasing the chances that they will become involved in drugs, crime, gangs, or other dangerous activities.

Individuals who lose their jobs, through no fault of their own, also run the risk of experiencing alienation and depression, as well as substance abuse.

In James Stuber's book "What if Things Were Made in America Again," he details how in specific U.S. labor markets impacted by Chinese imports between 1990 and 2017, government payouts increased sharply. These taxpayer-funded payouts include unemployment compensation, disability, retirement, and healthcare, which are all social costs for which all U.S. taxpayers must pay.

Laid-off workers become dependent on government subsidies funded by taxpayers who remain employed until they are able to find new jobs. It is no surprise that they tend to seek jobs in the service industry that are not subject to import competition so they don't risk getting laid off again. They also pay less income, property, and sales taxes since service jobs pay less than manufacturing jobs.

Conservative syndicated columnist Charley Reese, once voted the favorite columnist in a 1999 C-SPAN viewer poll, said the following in 1995 about free trade:

Why has the American standard of living fallen? Free trade.
Why is the family coming apart? Free trade.

Why is there so much crime? Free trade.

Why has the American manufacturing base shrunk so drastically? Free trade.

Why are unemployment and underemployment so prevalent among people with good educations? Free trade.

There are, indeed, other factors involved in crime and the breakup of the family, but free-trade policies, which have robbed Americans of family sustaining jobs, are among the most important. Few things will stress a family more than a breadwinner being unable to win any bread.

According to a June 7, 2018, article in the Wall Street Journal, Opioid prescription rates are usually higher where the Labor Force Participation Rate (LFPR) is lower. This supports my earlier point that there are serious social costs that result from free trade policies.

Free traders advocate their beloved trade policy to satisfy their naïve notions that we can get something for nothing or less.

Nothing is free, and there is no free lunch. Freedom isn't free. Our high national standard of living isn't, either. Everything comes with a price, especially when you're doing the right thing and standing up for what is fair and just. And sometimes that price comes in the form of an occasional higher cost to the consumer for imports or American-made goods.

To keep our prosperity going, we need to bring more jobs back home from China for toys, textiles, shoes, apparel, furniture, and the like to generate employment in America for our jobless who can be employed. When we do, we will eliminate a myriad of social costs, and our country will be better off as a result.