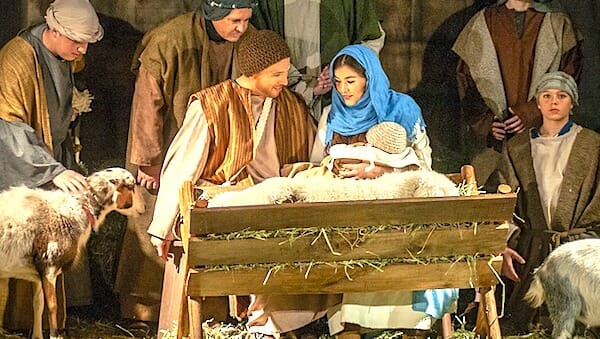 A primary school in the United Kingdom is changing the lyrics of traditional Christmas carols because they aren't "inclusive."

Parents aren't happy with the results, which include changing "Away in a Manger" from "Little Lord Jesus" to "baby boy Jesus," according to the U.K.'s Christmas Institute.

Former Bishop of Rochester Michael Nazir-Ali noted "Away in a Manger" was known around the world."

"The words 'Lord Jesus' are about the central message of Christmas, which is that God is with us in Jesus. To put it very simply that’s what Christmas is about," he said.

The changes are being made at Whitehall Primary School for a carol service and Nativity play.

Headteacher Zakia Khatun says the words have been changed to be "more inclusive," the report said.

The school also changed "Jesus our Savior" to "Jesus the baby" in "Love Shone Down" and "New King born today" to "a baby born today" in "Come and Join the Celebration."

One unidentified mother said in the report: "If he was just a baby boy named Jesus, there wouldn’t be a celebration in the first place. He is our Lord and Savior and King of Kings – that’s the whole point.

"My kids are being stopped from having the freedom to express their beliefs. They are shocked," she said. "We live in a multicultural society, so we should respect other beliefs but unfortunately Christianity is not getting respect."

DailyMail.com described the reaction as "fury."

Another parent told DailyMail.com the teacher "doesn't want the people who don't have the same beliefs to feel excluded, yet it's OK to exclude Christians."

Andrea Williams, chief executive of Christian Concern, said, "Removing the Lordship of Christ at Christmas guts the Christian message of its truth, around which the whole of Western civilization once based its culture."