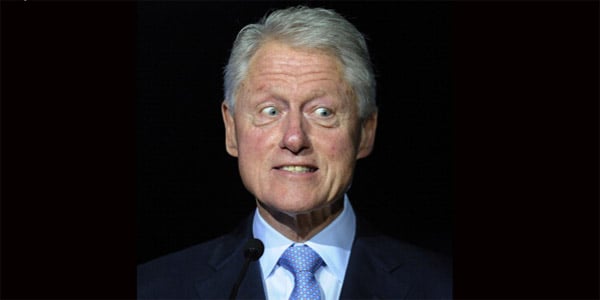 House Speaker Nancy Pelosi ordered her committee chairmen on Thursday to jump headfirst into impeaching President Trump, but she apparently doesn't want to talk about the subject.

"Can we not have any more questions about impeachment?" she asked during a CNN town hall. "I don't mind questions, but to ask me questions through the prism of the White House is like, what?"

Fox News reported her remarks came as polls showed that support among voters for impeaching Trump is falling.

In defense of her actions, she invoked former President Bill Clinton, saying he was impeached only because he was "stupid."

"Some of these same people are saying, 'Oh, this doesn't rise to impeachment.' Right there, impeaching Bill Clinton for being stupid in terms of something like that. I mean, I love him, I think he was a great president, but being stupid in terms of that, what would somebody do, not to embarrass their family, but in any event, so they did Bill Clinton, now they want me to do George Bush, I didn't want it to be a way of life in our country."

Fox News noted Clinton was impeached by the Republican-held House for perjury and obstruction of justice in December 1998 but was acquitted by the Democratic-controlled Senate in February 1999.

Clinton was accused of making false statements in connection with a sexual harassment lawsuit filed by former Arkansas state employee Paula Jones. And he falsely denied under oath that he had "sexual relations" or been alone with White House intern Monica Lewinsky.

"This isn't about politics at all," Pelosi claimed. "This is about patriotism. It's not about partisanship. It's about honoring our oath of office. This is the first president that has committed all of these things as the constitutional experts said yesterday. Nobody has ever even come close. Not Richard Nixon even came close to his dishonoring his own oath of office."

Democrats have seized on an anonymous whistleblower complaint claiming, based on second-hand information, that Trump used the withholding of aid to pressure Ukraine President Volodymyr Zelensky to announce an investigation of Hunter Biden's profiting from a corrupt Ukrainian natural gas firm while his father oversaw Ukraine policy. However, Republicans argue, no announcement was made and the aid was delivered. Zelensky has insisted several times that he was unaware of any delay in delivering the aid and did not feel pressured.

Nancy Pelosi needs a simple majority of 218 votes to impeach Trump. If 17 of the 233 Democrats in the House defect, there will be no impeachment.

Significantly, 31 Democrats are from districts Trump won in 2016. Already, two have said they will not vote for impeachment and a third is considering it.