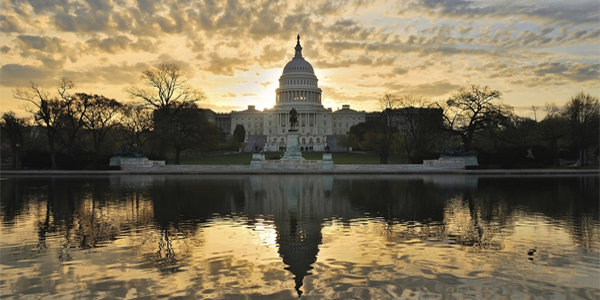 The use of impeachment for misbehavior will never be the same because Democrats have "weaponized" it in their haste to undermine President Trump simply because they dislike him, charged ranking member Rep. Doug Collins, R-Ga., in opening remarks to the House Rules Committee hearing Tuesday.

The panel is establishing the rules for a full vote of the House on two articles of impeachment against President Trump on Wednesday.

Collins contended the Democrats are not engaged in a serious attempt to protect the rule of law.

"The most severe constitutional remedy in existence has been weaponized as just another way to attack the president of the party that isn’t yours," he said. "To attack this president, Democrats are willing to tear down every inch of this and every other institution necessary. That, Mr. Chairman, is why this has been a sad few months."

He charged that majority Democrats have "completely cast aside" rules, including forbidding a minority hearing day and access to committee records, and not granting due process and the rules of decorum in debate.

"I think it's telling we’re at the Rules Committee because it shows how partisan this process has become. Articles of impeachment against President Clinton were brought to the floor as a privileged question. Floor consideration was governed by a series of unanimous consent requests," he said. "Today, however, we are going to have a partisan vote to set the parameters for floor debate."

He said Democrats have made clear by their actions that their impeachment inquiry is "not about an objective search for the truth ... not about conducting a process that commands the respect of the American people."

"I don't think my majority colleagues have held a single hearing for the purpose of learning something. We've had a lot of press conferences that look like hearings, but no hearings to learn new information. We've had hearings with law professors and staff members telling members of Congress what to think, but no fact witnesses. Zero," he said. "Let me leave you with the four facts that have never changed, can never change and will never change. First, both President Trump and President Zelensky say there was no pressure. Second, the call transcript shows no conditionality between aid and an investigation. Third, Ukrainians were not aware that aid was withheld when the presidents spoke. Fourth, Ukraine didn’t open an investigation and still received aid and a meeting with President Trump."

"Our committee held its first hearing on December 4, literally the day after Chairman Schiff publicly released his report. In the first minutes of that hearing, Mr. Sensenbrenner furnished the chairman with our demand for a minority day of hearings. The chairman also set a deadline of December 6 for Republicans and the president to request additional witnesses, but it wasn’t until Saturday, the day after the deadline, that Chairman Schiff transmitted 8,000 pages of material to the Judiciary Committee. We still haven’t gotten everything — not that it matters to the majority."

He said the private consultants for Schiff and Nadler were at a hearing so they could tell Congress "the president needs to be impeached."

Then GOP requests for witnesses were refused, and within hours, articles of impeachment were released.

He said Democrats are "in a rush and nothing any witness could say could change the outcome of this impeachment."

Democrats chose not to run a fair process, he said.