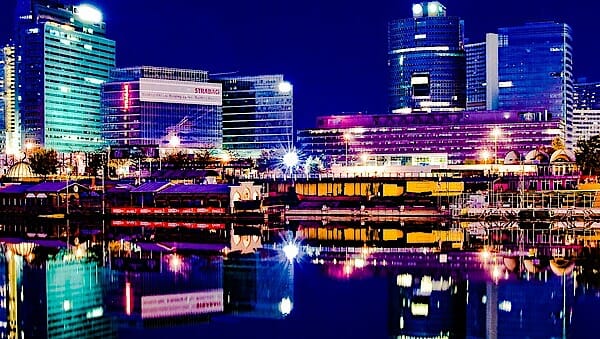 Leftists and Muslims who deny the nation of Israel the right to exist have been dealt a stunning blow by the Austrian Parliament's official declaration that the Boycott, Divest and Sanction movement, or BDS, is "anti-Semitic."

Soeren Kern a senior fellow for the Gatestone Institute, noted that all of the major parties represented in the Austrian Parliament have agreed to support a resolution.

"The measure calls on Austria's federal government to fight anti-Semitism and anti-Zionism, and to withhold any form of financial and other state support from anti-Semitic organizations and advocates of BDS principles."

The resolution is to be submitted to the National Council, the lower house of Parliament, in January. It is expected to be passed with an overwhelming majority.

Kern noted that anti-BDS laws have been passed in Austria's largest cities, Vienna and Graz. But the resolution marks the first time that such a measure has been enacted at the federal level.

Support for the resolution, he pointed out, came from the left-leaning Greens as well as the right-leaning Freedom Party."

"Anti-Semitism has existed since antiquity, although the term itself was not used until the 19th century," the resolution states. "The core, however, was always the same: it was — and is — the fomenting of prejudices and hatred in word deed against Jews. Throughout history they have been victims of violence and exclusion, which reached a devastating climax in the murderous cruelty of National Socialism and the declared goal of the systematic destruction of Jewry by the Nazi regime.

"In total, more than six million Jews, many of them children, fell victim to the Shoah. They were murdered in the extermination camps by poison gas or otherwise. But even this unimaginably cruel genocide and the memory of it has not caused many people to rethink, and so Jews, even in the present, are exposed, once again, to hate and prejudices, which in the worst cases culminate in violence."

The resolution explains the European Union did a survey of 16,500 Jewish Europeans in 12 countries that produced "highly alarming" results.

"Nine out of ten respondents said that anti-Semitism has intensified, and one-third were considering emigrating," Kern said.

The Austrian resolution says the BDS movement "demonizes and measures Israel by double standards, makes Austrian Jews jointly responsible for Israeli politics, and by calling for the right of return for Palestinian refugees and all their descendants, it questions the right of existence of the Jewish state," the report explained.

The resolution states, "For Austria, Israel's right to exist is non-negotiable, and any form of anti-Semitism, including Israel-related anti-Semitism, is unacceptable and must be severely condemned."