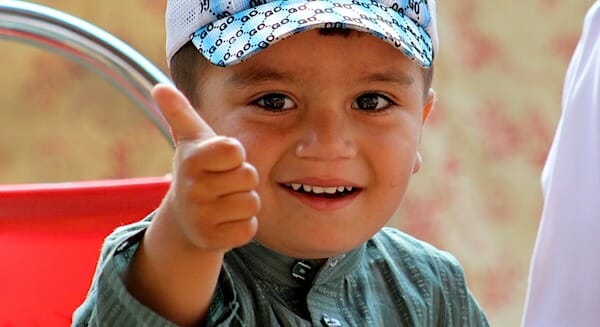 Children under the Palestinian Authority are regularly told they are meant for martyrdom, according to Palestinian Media Watch.

PMW, in a report by Nan Jacques Zilberdik and Itamar Marcus, spotlighted a poem recited by a young girl on Palestinian radio that Abbas' Fatah Movement chose to share with its 250,000 followers on Facebook on Nov. 22.

"My son, we were not created for happiness. In my eyes, you are meant for martyrdom! Our weapon is our Islam, and our ammunition is our children," reads the poem.

PMW commented that the poem tells Palestinian children "why they are to die as martyrs: They are merely the 'ammunition' for Islam – the 'cannon fodder' with which to liberate and conquer Jerusalem."

In the story, a mother tells her son, who had been expecting a toy but received a gun instead: "Jerusalem is ours, our weapon is our Islam, and our ammunition is our children. And you, O my son, are meant for martyrdom."

PMW said the ideologies expressed in the poem "illustrate the Palestinian Authority’s abuse of its own children that Palestinian Media Watch has documented since the first years of the PA. Palestinian children are taught to romanticize and seek death."

The little girl says: "[The boy] awoke from his sleep in order to live the remainder of his day, saying: 'What was taken by force will only be returned by force' while carrying in one hand the rifle, and in his other hand – a sad poem."

The girl in the video is Ru'a Tamimi from the village of Nabi Saleh. She is known for reciting poems with great precision.

The poem is known as "The Gift."